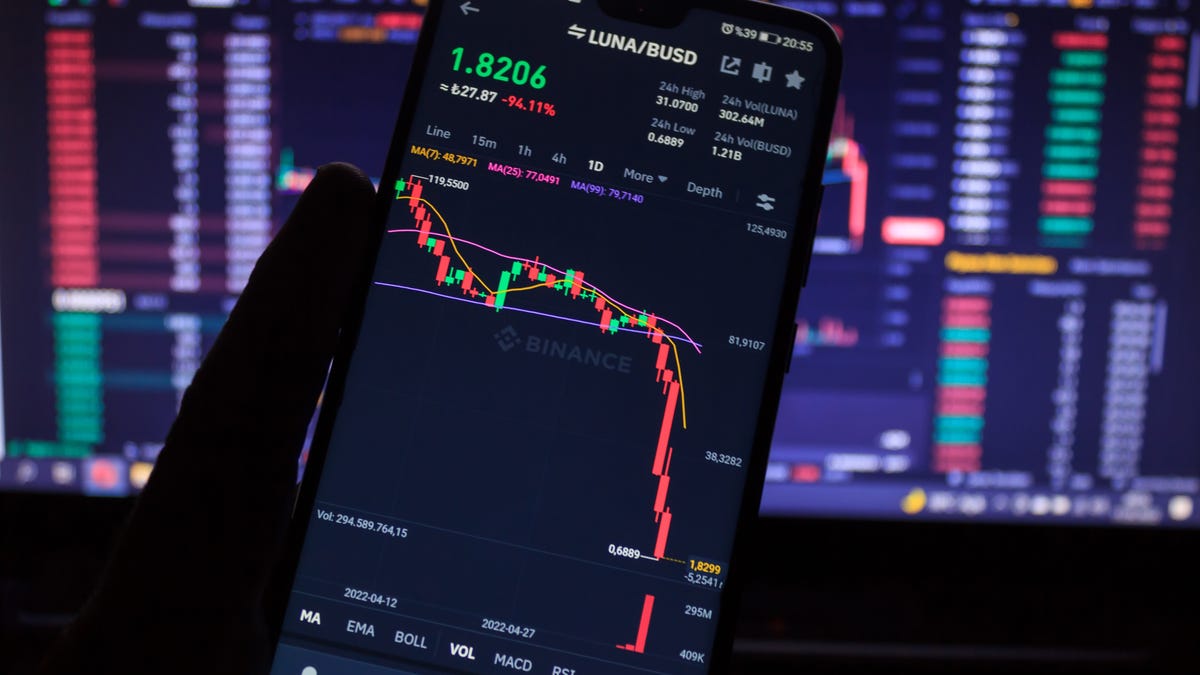 The man who allegedly tried to pay a visit the head honcho of the Terra blockchain May 13 finally spoke out Tuesday, telling reporters the crash of Terra and Luna left him financially devastated, and that he wanted to hear directly from Terra’s boss what the man’s plans were for the cryptocurrencies.

The BBC reported that the crypto streamer who only goes by the username “Chancers” said that after the crash “I felt like I was going to die.” Chancers, whose face was concealed by a mask, hat and sunglasses as he talked to reporters, claimed he had started investing in crypto in 2017, but lost $2.4 million in Luna coins when the cryptocurrency started to crash the weekend of May 8. This was despite the nonprofit Luna Foundation Guard propping up the platform with billions of dollars in bitcoinand now both Terra and Luna are worth less than dirt. The streamer claimed he searched online for Kwon’s Seoul address then went there “to ask him about his plans for Luna. I suffered a huge loss and wanted to talk to him directly.”

Chancers streamed his planned interaction with Kwon to 100 people on his channel on the South Korea-based AfreecaTV streaming site, according to the BBC. When he knocked on Kwon’s door around 6:23 pm local time, instead of Terra founder coming to the door , Kwon’s wife answered instead and told the streamer her husband was out. Korean news site The Chosun Ilbo reported that day that the wife called police to ask for protection. The streamer said he surrendered himself to law enforcement, and Ilbo reported the man was charged with house trespassing.

The streamer further told reporters that he now considers Terra Luna coins a “scam” and said crypto bosses are getting away without accountability for their failed projects. South Korean prosecutors said last Friday they had launched a fraud investigation into Kwon.

The Financial Times reported Monday that some of Terra’s South Korean backers lost millions during the cryptocurrency’s fall, when the Terra stablecoin became depegged from the US dollar, creating a massive selloff that led both it and its sister coin Luna to crash. Some small-time individual investors told the Times they lost their entire life savings. An unnamed close colleague of Kwon told FT reporters investors were “mesmerized” by Terra’s algorithmic-based stablecoin infrastructure, but that the growth was unsustainable.

Kwon has often shot back at critics who doubted the stability of his coins, including once in July 2021 when he told an economics writer “I don’t debate the poor.” After days of trying to prop up Luna, Kwon tweeted to his followers May 13 “I am heartbroken about the pain my invention has brought on all of you,” adding that he nor any of his affiliated institutions profited from Luna’s collapse.

Kwon is now advertising a revival of Lunathis time without the algorithmic stablecoin. A spokesperson for Terraform Labs told Gizmodo yesterday that “Terraform Labs—both as an entity and as a team—have remained fully operational and steadfastly committed to carrying out the project’s mission from day one,” and they are now focused on bringing back the terra ecosystem.

Though Kwon promised to airdrop Luna 2.0 coins into current TerraUST holders account’s Terra’s supposed second chance doesn’t mean much to those who already lost millions. Chancers told reporters he was “in the top 1% in terms of my finances” before the collapse, and because of his attempted confrontation with Kwon, will face a fine and potentially have a criminal record. The streamer added that he had previously worked as a civil servant but if he’s convicted he wouldn’t be able to return to that type of work.