Five years later, Mercedes is finally ready to show the finished version of its hybrid hypercar. The production Mercedes-AMG One now packs a Formula 1-derived, 1,063HP hybrid powertrain with a turbocharged 1.6-liter V6 engine and four electric motors, including one motor in the turbocharger and another linked to the crankcase. While the car won’t rev up to F1 levels ( to last longer and use commercial fuel), the result is high responsiveness across the rev range, sustained boost pressure and strong torque even at low engine speeds. The One promises the advantages of both gas and electric powerplants, to put it another way.

That unsurprisingly translates to brisk performance without guzzling too much gas. You’ll reach 62MPH in 2.9 seconds (124MPH in seven seconds), but the combined fuel consumption is relatively modest at 27MPG. Mercedes SUVs like the AMG GLE 53 aren’t as efficient , for context. You can drive 11.2 miles purely on electric power, and the 800-volt architecture helps you charge quickly (including from the gas engine in race mode) while minimizing weight. The custom seven-speed manual, your only transmission option, is built to keep the One’s engine operating at peak performance.

The interior is just as plain as you might remember from the 2017 concept, although that still gives you a digital instrument cluster, an infotainment touchscreen and a camera-linked screen that replaces the usual interior rear mirror. Expect plenty of carbon fiber, nappa leather and microfiber cloth.

The first customers should get their Mercedes-AMG One cars in the second half of 2022. Not that you’re going to buy one — all of the production models have been spoken for despite the $2.7 million price tag.

You’re far more likely to drive the equally new GLC (shown at middle), which is built solely around hybrid power (four “mild” hybrids and three plug-in models). The PHEV variants of the updated SUV have up to 74.5 miles of pure electric driving, and will prioritize the EV mode for long urban trips and other “suitable” routes. Mercedes hasn’t detailed prices at this stage, but the revamped GLC should reach European dealers in the fall. 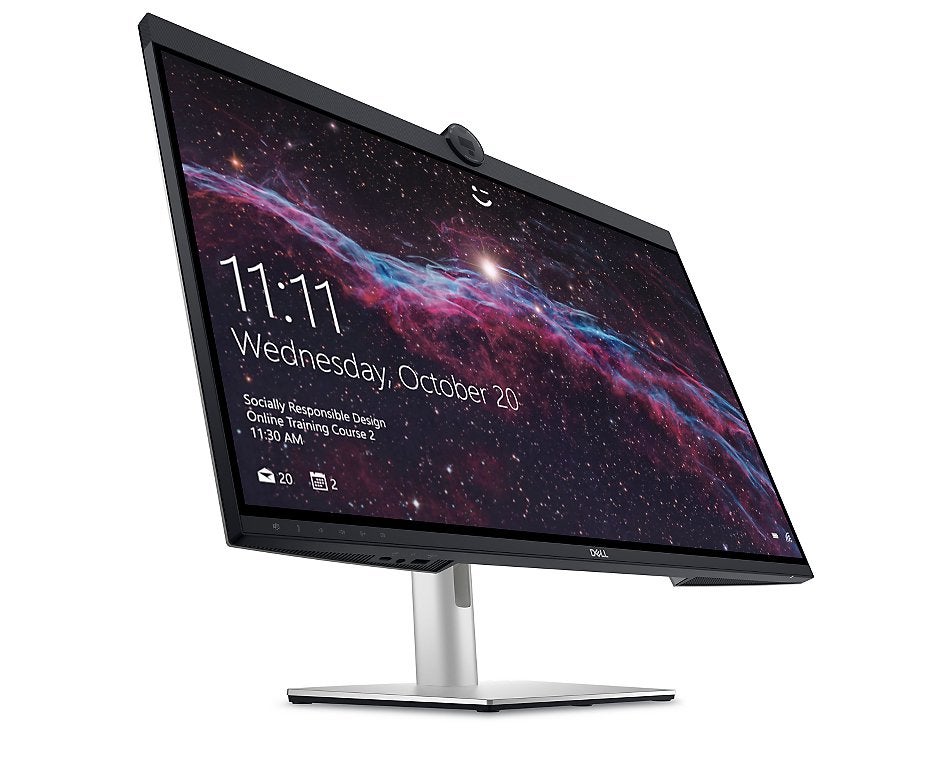 Dell UltraSharp U3223QZ launched for as much as an Apple Studio Display.