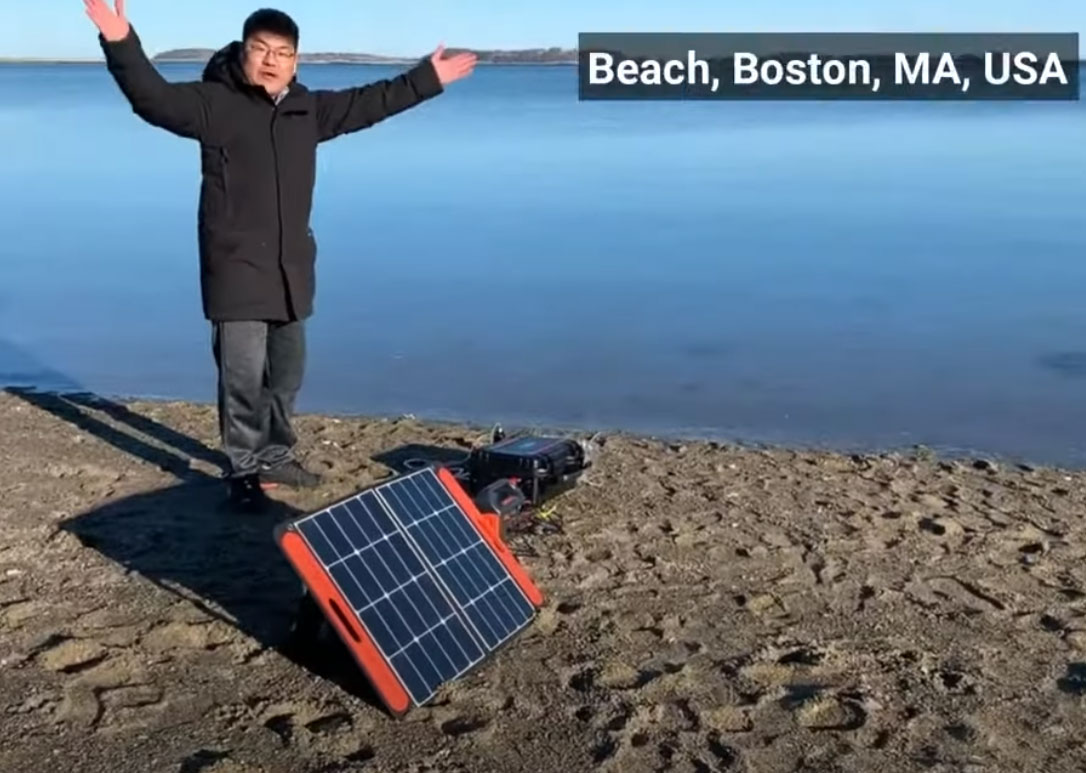 In many emergency or extreme situations, access to drinking water is a non-trivial life or death problem. Yet it’s still a tough problem to solve, so good logistics and infrastructure remain the best water supply solution.

That might change with new research from the MIT, where Jongyoon Han and other co-authors have described the techniques and materials used to build a 10Kg portable desalination unit that turns seawater into drinkable water “at the push of one button.”

According to the researchers, the device uses little energy and could be powered by a small portable solar panel worth about $50. Our colleagues from techxplore estimate that this package would vastly “exceed World Health Organization quality standards,” which is impressive.

To reach such low energy requirements, the desalination process does not use a typical system that requires water to be pushed through filters at high pressure. These classic techniques also prevent the miniaturization of the whole machinery.

Instead, the device repels particles of salt (but also bacteria and viruses) using an electric field, thus isolating them in water that will be discarded later. Using this technique, they can create 0.3L of drinking water per hour using about 20W of electricity.

At the moment, it’s not a commercial product, but the prototype works as intended and lays the groundwork and proof of concept for future optimizations.

Some questions remain about how the device would perfom with filthy water and what maintenance would be required. Finally, there’s the matter of cost, and more research will be needed before this could be mass-produced at a reasonable price.

In time, it could change everything for explorers, crisis relief personnel, and even the military by relieving some of the logistical cargo required to sustain some operations.

Filed in General. Read more about Mit and Research.