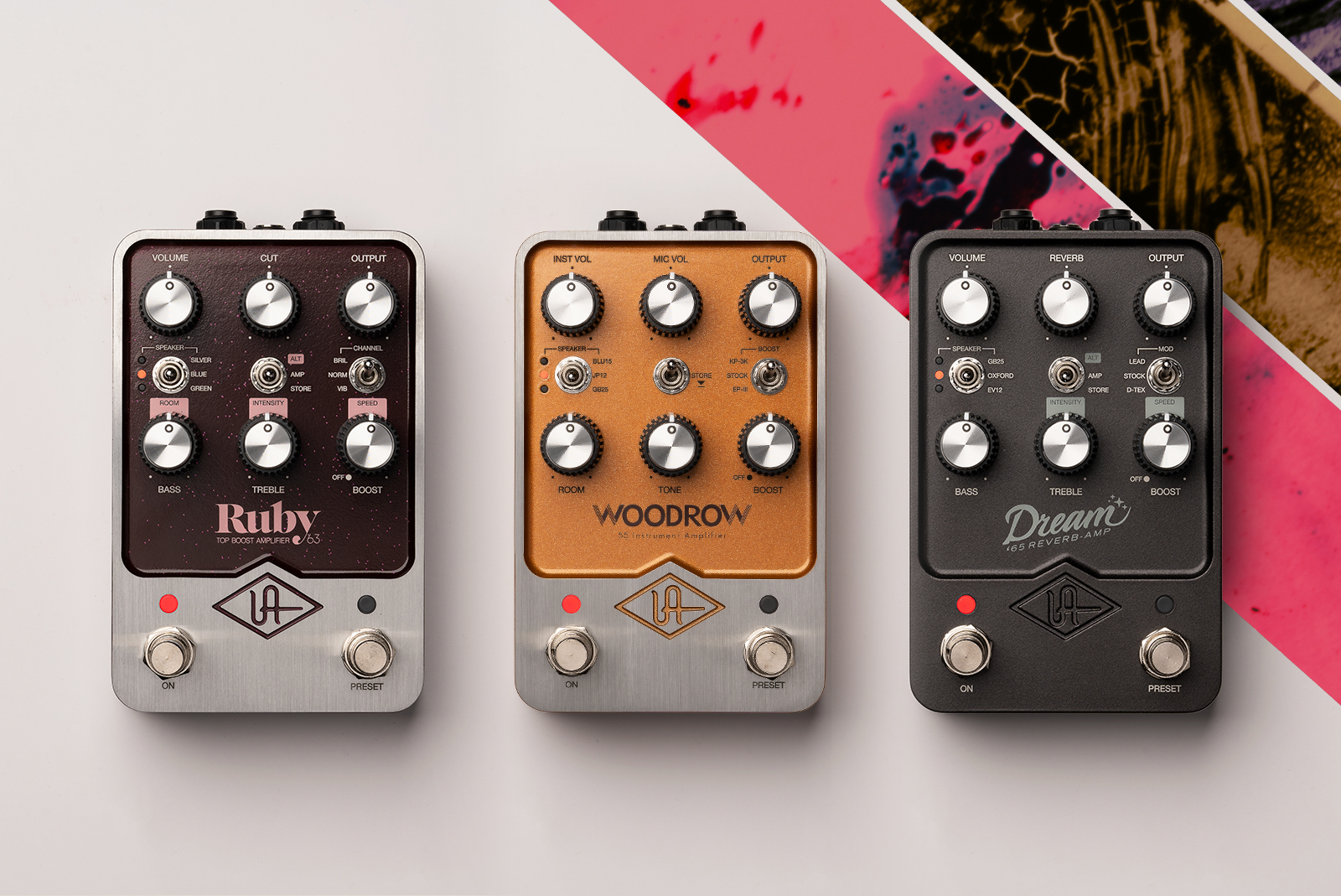 Last year Universal Audio decided to make the leap from plugins the pedal with the UAFX line. Then it got into the mainstream audio interface game, launched a series of high-end modeling microphones, and even a subscription plug-in service. But, UA isn’t doesn’t appear ready to slow down yet. Now the company is expanding its line of stomp boxes with a trio of amp modelers.

The Dream ’65 Reverb, Ruby ’63 Top Boost and Woodrow ’55 Instrument Amplifier bring UA’s excellent emulations of vintage amplifiers to a board-friendly format, using the same hardware it did for last year’s Astra, Golden and Starlight pedals. The UAFX Guitar Amp Emulators all have a host of modern amenities and options, but they are, at their heart, recreations of iconic amps that have been staples of studios around the world for over five decades. The Dream is based on a Fender Deluxe Reverb, Woodrow is a Fender Tweed Deluxe and Ruby a take on the Vox AC30.

Each pedal has a handful of speaker, cabinet and mic options to further shape your tone, as well as reverb and vibrato on the Dream and Ruby, respectively. The pedals also have additional customization options available the UAFX Control mobile app, plus the ability to save presets.

Of course, UA doesn’t cheap out on the hardware front either. These are solid pedals built to withstand abuse, with stereo ins and outs, plus USB-C and Bluetooth connectivity.

All three of the UAFX Guitar Amp Emulators are available now for $399. Which, certainly isn’t impulse purchase territory, but considering a real-deal Fender Tweed Deluxe can fetch around $5,000, this seems like an absolute bargain.