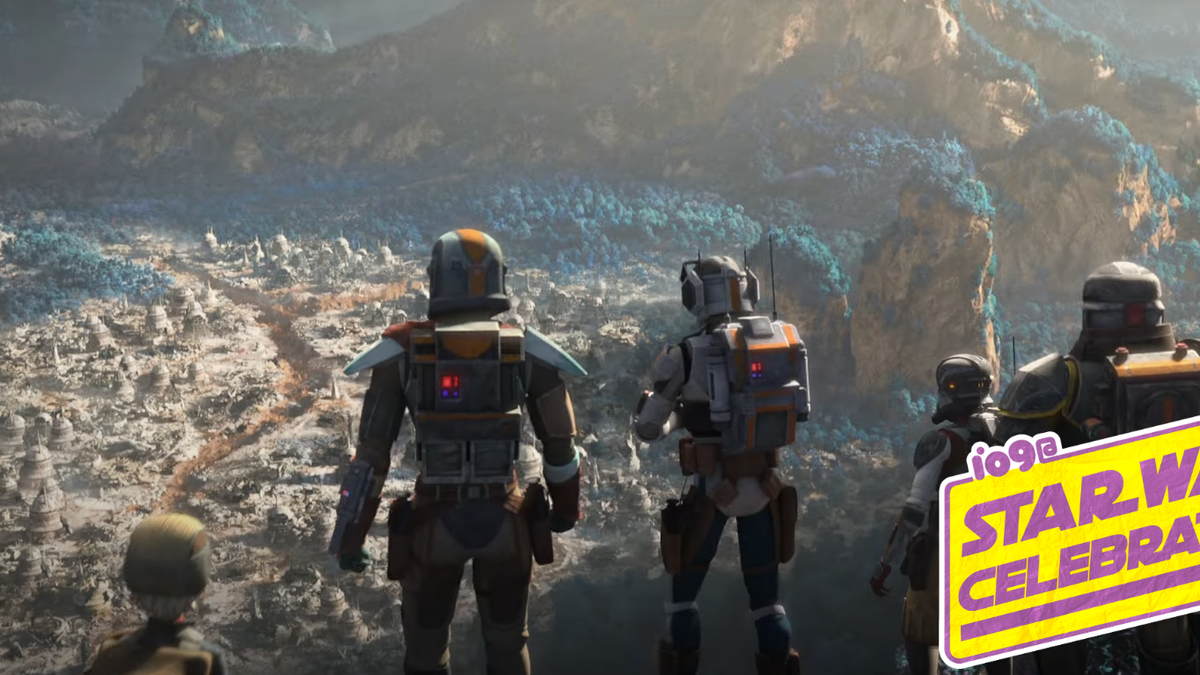 At the final day of Star Wars Celebration 2022, Lucasfilm and Disney+ have released the trailer for the second season of the hit animated series Star Wars: The Bad Batch. It continues the tale of a band of “defective” Galactic Army clones that are on a journey to be more than obsolete as the Empire grows.

During the panel for season two, a short clip of the season premiere was shown of Omega and Tech on a beach, trying to get their ship to take off, but their efforts are waylaid by the arrival of crab-like creatures. The new season will kick off with a short time jump, and our heroes will all be sporting new looks to show for it—Omega gets a helmet, for example, while Hunter rocks a pretty sweet scarf. As the trailer shows, the Batch has got their work cut out for them in trying to find a place in the galaxy. They’ll be facing even bigger threats, but find at least one potential new friend to make in the form of Commander Cody, who we’ll finally find out what he’s been up to.

We were left with a lot of questions after last season’s finale and picking up on Tech, Wrecker, Omega, Hunter, and Echo we’re beginning to see a bit more clarity. Specifically, we’re interested to catch up with Kaminoan scientist Nala Se and find out exactly what they’re up to at Mount Tantiss on planet Wayland, which is bringing in a significant locale from the old Star Wars expanded universe. Last season, the Omega and the bunch ran into familiar faces like Fennec Shand, who we’ve recently seen in live-action on The Book of Boba Fett. I’m extremely curious who else we might be seeing pop up as the Clone Crew’s stories begin to intersect with the Star Wars galaxy at large.

The Bad Batch will return to Disney+ this fall.