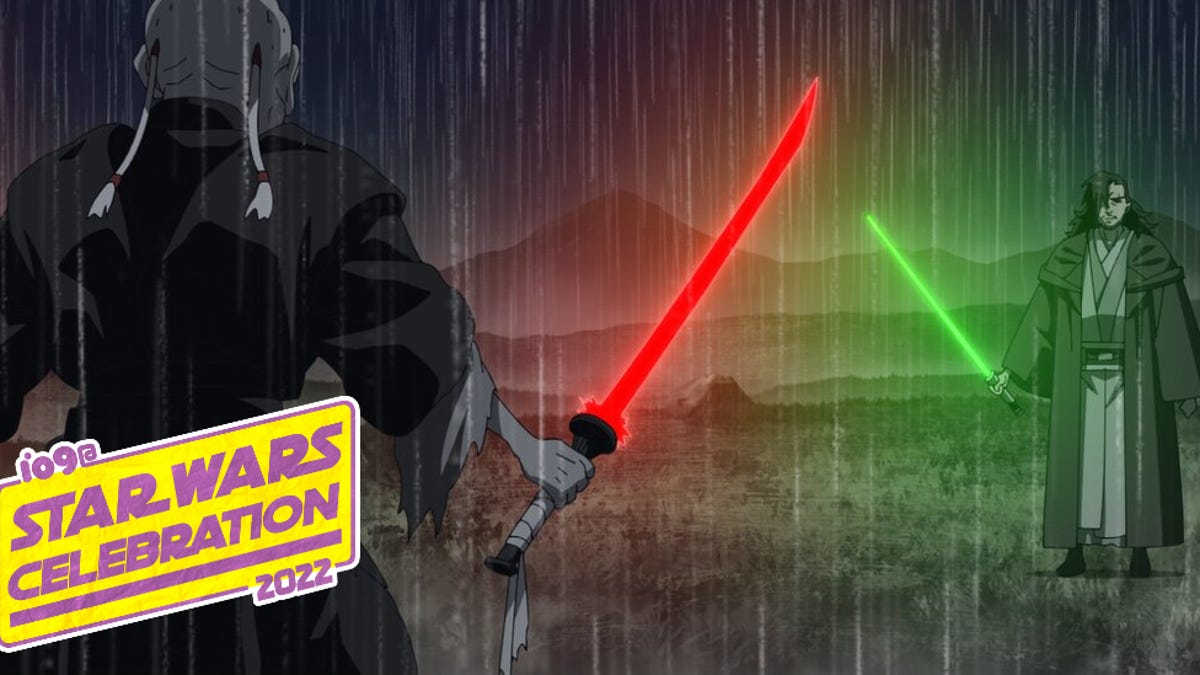 The animated side of Star Wars has served as home to some of the franchise’s most interesting works. When Star Wars Visions was released last year, it offered us different glimpses of George Lucas’ science fantasy world, through the eyes of powerhouses in Japanese animation such as Studio Trigger, Science SARU, and Kinema Citrus. It was also pretty freaking sweet, which is why it’s an extremely good thing that it’s coming back for a second season.

Revealed on Sunday during the final day of Star Wars Celebration, the beloved animated anthology has some new shorts up its sleeve. Rather than pulling from Japanese animation again, the second series of shorts will become much more global: along with Japan, studios from Chile , the United Kingdom, France, South Africa, South Korea, India, Ireland, and Spain are said to be offering their own takes on the sci-fi franchise, each with their own styles. And of course, Lucasfilm proper in California will get in on the action as well.

After the last season brought us fascinating explorations of droids as Jedialternate takes on the Skywalker twinsand a pretty sweet Roninit’ll be exciting to see what other parts of the universe get their own time to shine. It’s just another piece of exciting Star Wars animation to come over the next year, preceded by the second season of The Bad Batch and the new anthology series, Tales of the Jedi. Interestingly, though, it sounds like the franchise may have another anime project up its sleeve: when asked, Lucasfilm executive James Waugh teased that “Star Wars and anime has a very, very bright future.” If those hypothetical shows are anything like Visions, we can’t wait.