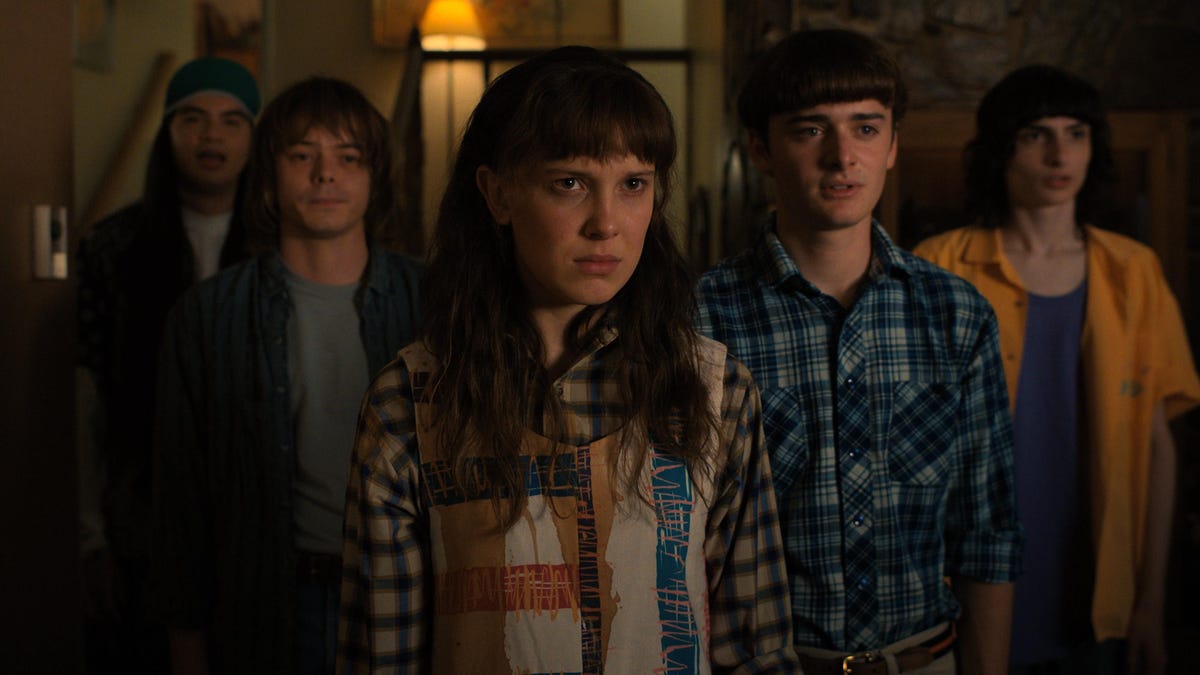 I like Stranger Things as much as the next nerd, but this new release schedule feels, well… a little weird. Here are the details; the pentultimate fourth season of Stranger Things will consist of nine episodes split up into two ‘Volumes’ with a month’s wait in between. According to the Netflix press release, the first seven episodes of Volume 1 will be available on May 27th. The last two episodes, entitled Volume 2will be released on July 1.

There’s a little bit more; at least three of these episodes are expected to be extremely long. Episodes 7 (in Volume 1), 8, and 9 are all around or above the 90-minute mark. The finale is reported at nearly two and a half hours. All three of these episodes are basically the length of a feature film, and even the earlier episodes in Volume 1 are rumored to be “supersized” per the Duffer Brothers‘ letter posted on Netflix.

Do I think the Duffer Brothers are good at their jobs and know what they’re doing? Yes, generally speaking. But this feels like a capital-G Gimmick to keep fans involved as long as possible and to extend their visibility over a month instead of a weekend, as often happens with Netflix-produced television. This doesn’t feel like television, it feels like another franchise’s cinematic universe… and maybe that’s what they should have done in the first place. Just make two or three movies and call it a season. But lately it doesn’t feel like anybody’s saying no to the Duffer Brothers… or their budget.

While all three seasons of Stranger Things have been critically well-received, I know that I personally struggled through the last season. It felt like the 80s-inspired nostalgia had finally been pushed as far as it could go, without a lot of energy to bolster it along. Not to mention the story seemed slow, lacking a lot of the character-driven urgency of the previous seasons. Remembering how much of a slog some of those regular-sized episodes felt like, the announcement of these extra-long episodes doesn’t excite me at all .

I understand why they’re doing it; Netflix’s shows often do well for a weekend, possibly a week, and then their viewership–and the press–drops off dramatically as people what want to watch the show rush to marathon it over the course of the weekend, hoping to avoid spoilers or being beaten to the hot-take punch on twitter. Splitting a season up into two parts, with a month in between, allows more fans to get started with the fourth season without feeling like the ending has already been spoiled online. The five-week wait between the start and end of the season also lets new fans catch up on past seasons before the finale, gives the Duffer Brothers time for an extended press tour, and gives ample room for people to speculate wildly –likely inviting more viewers into the Stranger Things fandom – which is probably the most valuable part of any television series.

Let’s take, for example, Lost. The smash-hit mystery box TV show first aired in 2004, when streaming was still a thing of the future, and every week people got more clues, stories, and questions to unravel. There were forums and fanboards dedicated to wild speculation and theorizing , and season finales regularly spurred on watch parties. What many people loved about Lost was the opportunity to try to figure it out, getting more information every week. It remains cited as one of the best television shows ever.

This is in huge contrast to Stranger Things. After the first season, Season 2 and Season 3 benefitted from a years’ worth of speculation, but the impact of any episode, individually speaking, was relatively insignificant to the theorizing that took the whole season into account. Each season drop was a big event, and then the excitement simmered on the backburner until the next season started teasing its cast, posters, and trailers. Now, with five weeks built into the release schedule between Volumes, I have to ask… why not just release Stranger Things weekly?

Netflix has resisted this format for a long time, but with Arcane‘s multi-episode bloc release schedule, it felt like something was turning around. This announcement, however, makes it seem like Netflix is ​​experimenting with ways to stay in the nerd-news cycle for as long as possible, rather than delivering a cohesive and exciting television experience. So instead of a more formulaic television series, we’re getting a series of films that are being described as television, simply because they exist in the same Volume. At what point, however, does streaming eliminate the difference between television and a cinematic universe?

This schedule feels like a lot of effort to circumvent a perfectly good weekly (or even bi-weekly) release schedule, which would achieve the same goals as this split release, allowing people time to speculate, invest, and set aside evenings to watch the show. If this split-release was the plan all along, why not release more episodes over more volumes? Why chonkify the medium, which is inherently meant for drop in-drop out viewing?

I know, I’m rehashing the same arguments that were brought to the table when Black Mirror announced their 90-minute episodes. And while I do think there’s some difference between a narrative television series and an anthology series, I won’t harp too much on the extrinsic definitions of television as a medium–it’s not that interesting of an argument, and less to my point, which is that I don’t think that Netflix needed to produce three movies to wrap up a television series.

As streaming breaks down the differences and definitions of film as a medium, I don’t want a longer series or more episodes. Above all, I want effective, tight, cohesive storytelling supported by a fun and exciting fandom. I want what the audience of Lost had. For a while, I thought Stranger Things would deliver… and for two seasons it sort-of did. But now? I’m disappointed I’m not going to be able to easily dip in and out of a marathon watch of Season 4, that the Stranger Things series has turned into a massive franchise (complete with comics, video games, a Dungeons & Dragons tie-in, and novels), and that I’m going to have to hear about Stranger Things theories for five weeks without any new content. I might be alone here, but I just want to watch a television series without having to sit through three movies to do it.