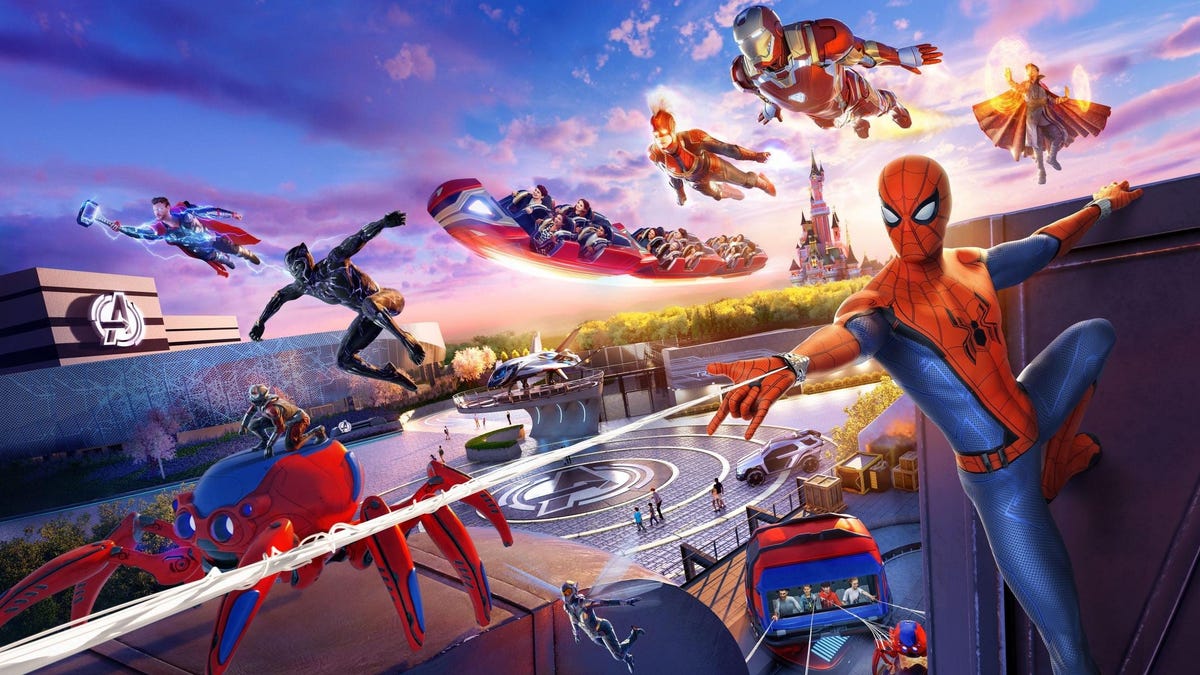 Disneyland Paris is celebrating 30 years in a big way, announcing the opening of its own Avengers Campus this summer. The Marvel Studios-themed land in France joins its West Coast counterpart on July 20, expanding the theme park cinematic universe. Check out the announcement below delivered by Iron Man, who’ll be featured as an animatronic in Avengers Assemble: Flight Forcea roller coaster that will take you on a mission with Tony Stark and Brie Larson’s Captain Marvel.

Flight Force is a re-imagining of the Rock n’ Roller Coaster, something Imagineer Björn Heerwagen talked about on recent a Disneyland Paris Imagineering panel. “We’re blessed with being able to come into an existing attraction, Rock n’ Roll Coaster, and re-theme it Marvel. That’s going fantastically,” he said. “We have video, we have audio, we have Iron Man . The Iron Man figure is the first fully electric figure that this park has seen, with 43 functions.”

The Iron Man animatronic won’t be the only robot protecting Avengers Campus as Stark Tech’s AI FRIDAY will also be watching over guests. It will be featured exclusively on the building facade to greet visitors, monitor threats, and inform of the Avengers’ presence throughout the land. As long as there’s no way for FRIDAY and the Iron Man robot can become self-aware and turn against humanity, we’re fine, right?

Avengers Campus will also feature Web Slingers: A Spider-Man Adventurewhich is the same as the Disney California Adventure attraction, as well as a Pym’s Kitchen with its tiny or giant cuisine. New for the campus will be Stark Factory for more food options. Like the West Coast version, you’ll also be able to meet heroes from throughout the Marvel Cinematic Universe like Black Panther, the Dora Milaje, Thor, Loki, the Guardians of the Galaxy, Black Widow, and more. Beth Clapperton, creative director at Walt Disney Imagineering Paris, reveals a bit more about what to expect from Marvel’s new Avengers Campus in the video below.