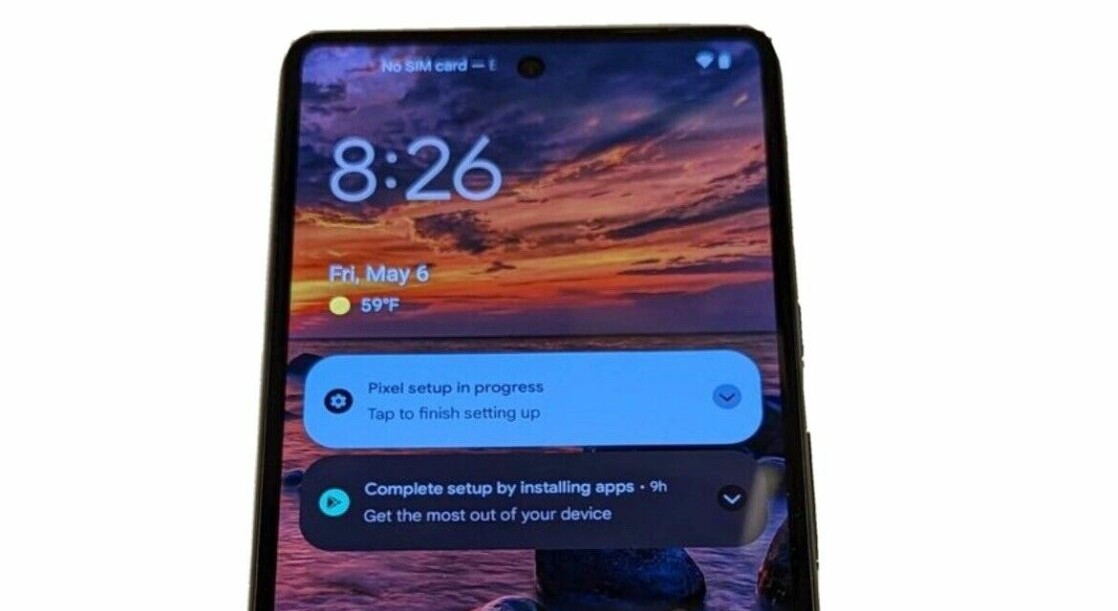 It seems just can’t stop its upcoming hardware from showing up in the wild. Weeks after was left at a restaurant (and before Google confirmed the device’s existence), it appears someone tried to sell a Pixel 7 on eBay.

The eBay for what certainly looks like a prototype Pixel 7 on but it has since been taken down. The images that the seller posted didn’t shed a ton more light on the device. The front looks similar to the Pixel 6, hole-punch camera and all. The camera bar on the rear has two lenses as well.

Take a closer look at one of the images, though, and you’ll see something that might raise your eyebrows. In the reflection of the purported Pixel 7’s rear is what looks like a Pixel 7 Pro — the device that the seller was using to take the pictures. This suggests that, whoever the seller is, they had access to both models of the upcoming Pixel lineup.

In the description, the seller claimed that Pixel 7 was running Android 13, with apps that are at the developmental stage. They said the phone has 128GB of storage and 8GB RAM and that they were selling it as is with “no guarantees of any sort .” The phone would have shipped from McKinney, Texas.

Although Google and its Pro sibling at I/O, it’ll be months before the devices, which will run on a , go on sale. Google will surely provide a more in-depth look at them at a hardware event. But, given the leaks to date, we might already know every detail by the time Google formally shows them off.