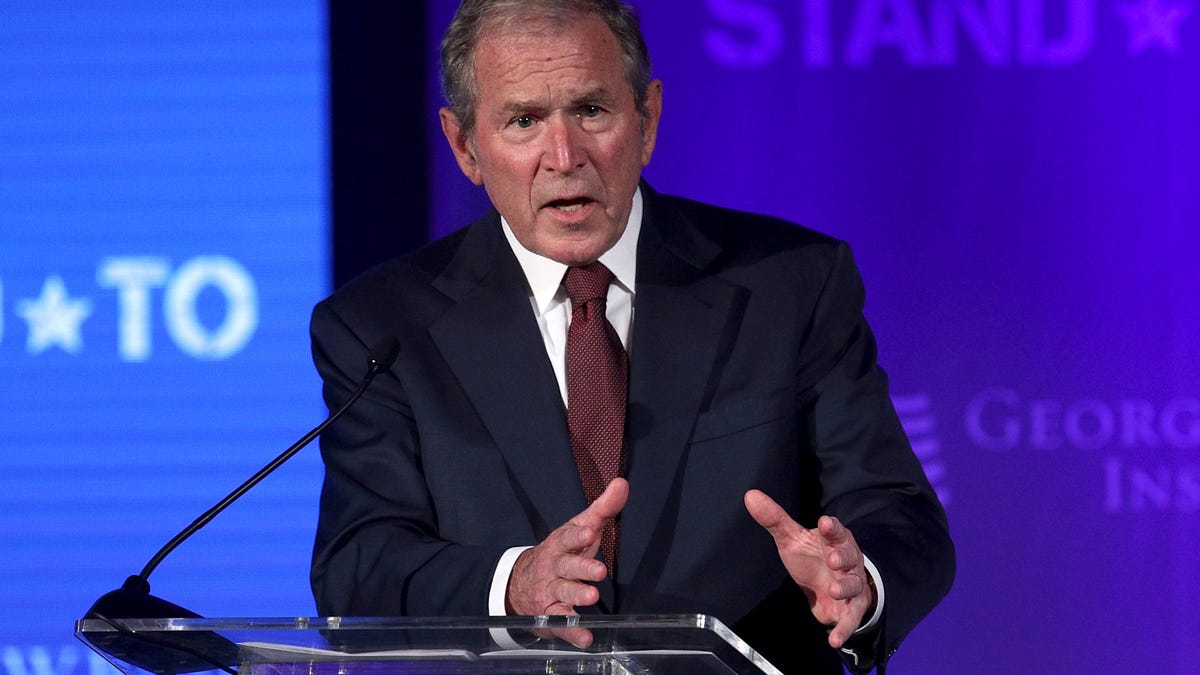 The US Attorney’s Office for the Southern District of Ohio announced Tuesday that Shihab Ahmed Shihab Shihab, an Iraqi citizen living in Columbus, Ohio, was charged with participating in a conspiracy to murder former President George W. Bush.

Federal prosecutors said Shihab entered the US in 2020 on a visitor visa and that he filed an asylum claim a year later, which was pending review up until the time of his arrest. Prosecutors further said he was a restaurant worker in both Columbus and Indianapolis, Indiana, but that he was working with a conspiracy of ISIS operatives to smuggle assassins over the US-Mexico border.

FBI agent John Ypsilantis told Bloomberg that the conspirators felt Bush “was responsible for killing many Iraqis and breaking apart the entire country of Iraq.” Of course, the former president sometimes gets confused which illegal invasion he’s responsible forlast week letting out a Freudian slip calling the Iraq invasion “wholly unjustified and brutal,” when he meant to say Ukraine.

Forbes originally reported that the FBI was able to track the alleged ISIS contact thanks to messages he was sending co-conspirators on his WhatsApp account. Based on the FBI’s search warrant documents, federal law enforcement used two different confidential informants to track Shihab. The FBI alleged the suspect asked one of the informants if he knew how to get replica law enforcement IDs or if they knew how to smuggle the conspirators out of the country after their plot had concluded.

The FBI said Shihab had plans to smuggle four Iraqi nationals from several different countries into the US, who the suspect had allegedly called “political exiles” as former Baath Party members, the political organization originally ran by Saddam Hussein who was deposed in 2003 during Operation Iraqi Freedom.

Alongside recorded in-person meetings, the FBI apparently tracked Shihab through information provided by AT&T as well as a digital “pen register” which allowed law enforcement to track account activity. The FBI also had all communications sent to their inside sources, and after October last year he started using a phone that was given to him by the fed’s informant.

Shihab’s alleged final plan was to use Mexican visitor visas and passport info sent over WhatsApp to enter the country. Forbes also reported that the man allegedly wanted to get his hands on a fake Facebook profile with a generic profile picture of two hands holding a rose to look “not suspicious.”

Prosecutors said Shihab had also accepted tens of thousands of dollars in exchange for smuggling in another Iraqi citizen, but that the smuggled individual was a work of fiction, all part of a FBI scheme.

Federal prosecutors said Shihab allegedly went down to Dallas in February this year to take video of Bush’s home and of the George W. Bush Institute. He also met others in a Columbus hotel room to look at samples of guns and police uniforms.

Prosecutors said Shihab faces up to 10 years in prison for illegally bringing a person into the US and up to 20 for abetting the attempted murder of a former president.