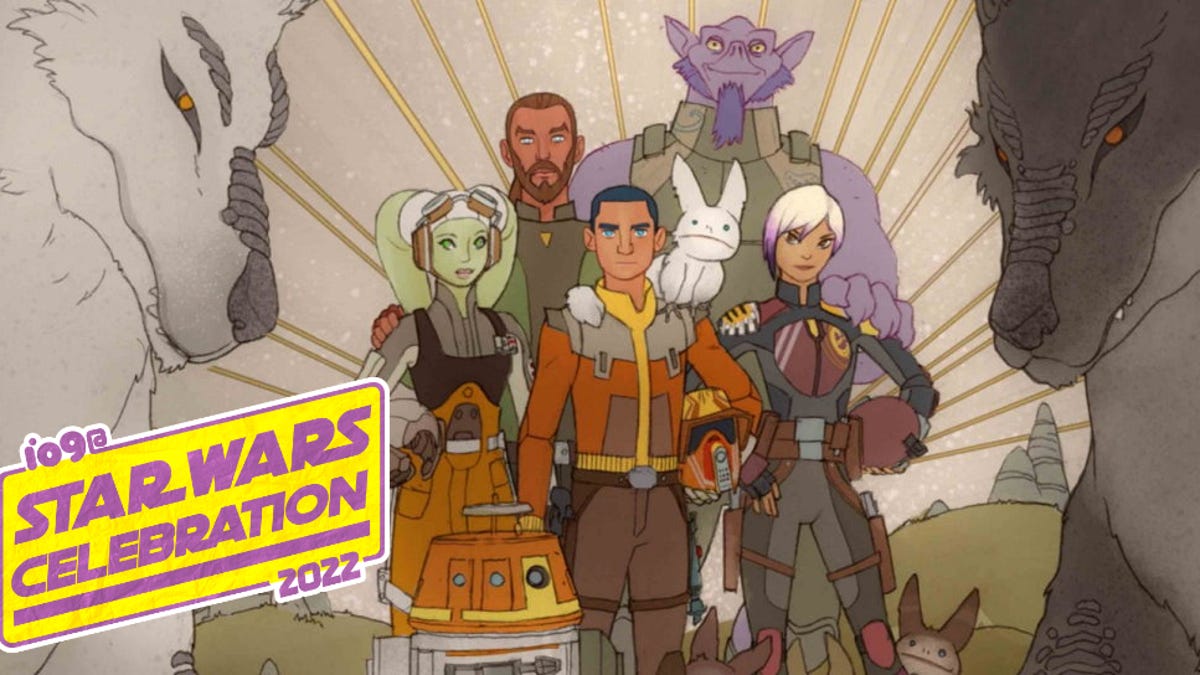 Few Star Wars characters have had quite the evolution like Ahsoka Tano. Famously debuting as Anakin Skywalker’s apprentice on Star Wars: The Clone Wars, the character slowly came into her own over the course of the show’s eventual seven-season runserving as its ostensible protagonist. After being a recurring character in sister series Rebels, and again voiced by her original actor Ashley Eckstein, she made the jump over to live action with The Mandalorian’s second season. Now played by Rosario Dawson, Ahsoka’s headlining her own show, and the first footage from Star Wars Celebration gave us an idea of ​​what to expect.

Ahsoka picks up after her brief time guest-starring on The Mandalorian (and also Book of Boba Fett), with the titular ex-Jedi on the hunt for her old friend, Rebels protagonist Ezra Bridger. That show ended with Ezra using giant space whales to yeet himself and Grand Admiral Thrawn to parts unknown, closing on the tease of Ahsoka teaming up with fellow Rebels lead Sabine Wren to find him. But it won’t be an easy task, and Ahsoka and Sabine are expected to cross paths with many people during their journey, including Mary Elizabeth Winstead and a potential Thawn-alike played by Ivanna Sakhno.

During the panel where brief Ahsoka footage was shown, it was confirmed that Natasha Liu Bordizzo would be playing Sabine. Showing up on stage after the lovable Rebels droid Chopper, Bordizzo said that playing the Mandalorian explosives expert was like “being adopted into a new family…I know how much Sabine means to you [the fans],” added Bordizzo. “And after watching Star Wars Rebels, she means so much to me as well.”

Senior Reporter Germain Lussier, who was at the panel, described the teaser as such:

We begin with a hooded figure standing in a ship. The cockpit in the background looks like it’s a YT-1300. Then just a bunch of beautiful shots. Among them, a hooded figure walking between a series of columns outside. A trio of character entering a room. One has a flight jacket on and big green tails coming out of her head. Hera Syndulla? A shot of a table with a cup on it as a hand tries to move it with the Force, possibly her son, Jacen. A hand slowly touches the ground with sand and symbols on it. Then, the hood figure takes off the hood. It’s Ahsoka. That was followed by the title card and the big moment. We see the mural from the end of Star Wars Rebels and a figure enters the frame. She’s got purple armor on and short hair. It’s Sabine Wren.﻿

Like Obi-Wan Kenobi before her, Ahsoka will have to reckon with her past relationship to Anakin Skywalker, something very briefly touched on during her time on Rebels. Hayden Christensen is returning to reprise his role for this show as well, though thankfully not as a fated duel to the death between surrogate brother and sister. After all, are you really a Jedi if you don’t have some kind of conversation with the Force ghost of your former master?