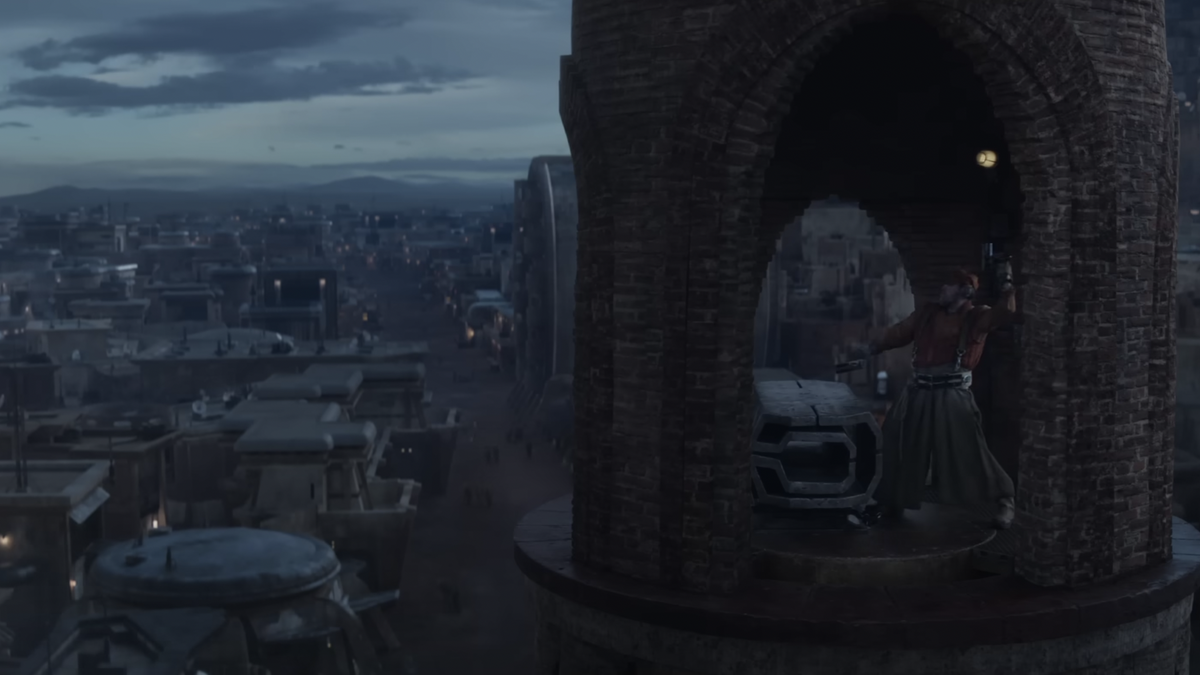 Hinting at a tone unlike anything we’ve seen in the Star Wars universe, the Andor teaser gave us an exciting glimpse into the future of the franchise, by way of its past. One element of that is Andor‘s score, composed by Nicholas Britell (Succession). From the chilling ringing of bells rhythmically rooting its story origins, to the propulsive beats that backdrop our first glimpses at the show’s characters on their missions, an urgency builds on sound alone crescendoing into an orchestral call for rebellion.

In an interview with Varietythe composer gave some insight into creating the unique sounds previewed in the first look, which arrived as part of this week’s Star Wars Celebration. He confirmed that he was contacted months before shooting commenced to write the score and source music. “So there’s been a lot of conversation, but actually a lot of freedom too, for me to explore things,” Britell said. “Everyone’s on the same page about having a specific set of soundscape textures, sound worlds, for this. Orchestra features heavily in it. There’s a wide range of sounds, and I’ve created a lot of new sounds.”

As all things Lucasfilm and Disney remain secrative, Britell obviously wouldn’t give much away in regards to story. “I would say that [Lucasfilm president and executive producer] Kathy Kennedy, [Andor creator-showrunner] Tony Gilroy, everyone right from the beginning, felt it was very important that we craft a unique set of sounds for this story, for the characters, for the world we’re creating here,” he said. While the teaser didn’t exactly provide new character details, revealing only brief glimpses of the ensemble led by Diego Luna, it felt like the music propelled the messaging of its themes. And that’s by design, Britell said. “I’m always most moved when themes interact with different characters . Something might center around one person, but then it might actually be about a broader story.” Also: “There were a few moments that Tony wanted to figure out early… a few very specific moments,” he explained, tip-toeing around plot details.

That already has us intrigued, and it also sets Britell apart from what Star Wars music is known for. Here, we get the sense that the music of Andor will serve as connective tissue to show how the story of the rebellion stretches across the galaxy. “The scope of the series is massive. Every episode has new demands, new music, and new ideas. It’s important that as the story evolves, the music should evolve too. We’ve been working nonstop for months, actually years, at this point,” Britell said, noting he’s been collaborating with the Andor team since August 2020. And it sounds like he himself is very much a fan of the galaxy far, far away: “I remember getting some of the first reels and pinching myself—am I really working on something in the Star Wars universe?”