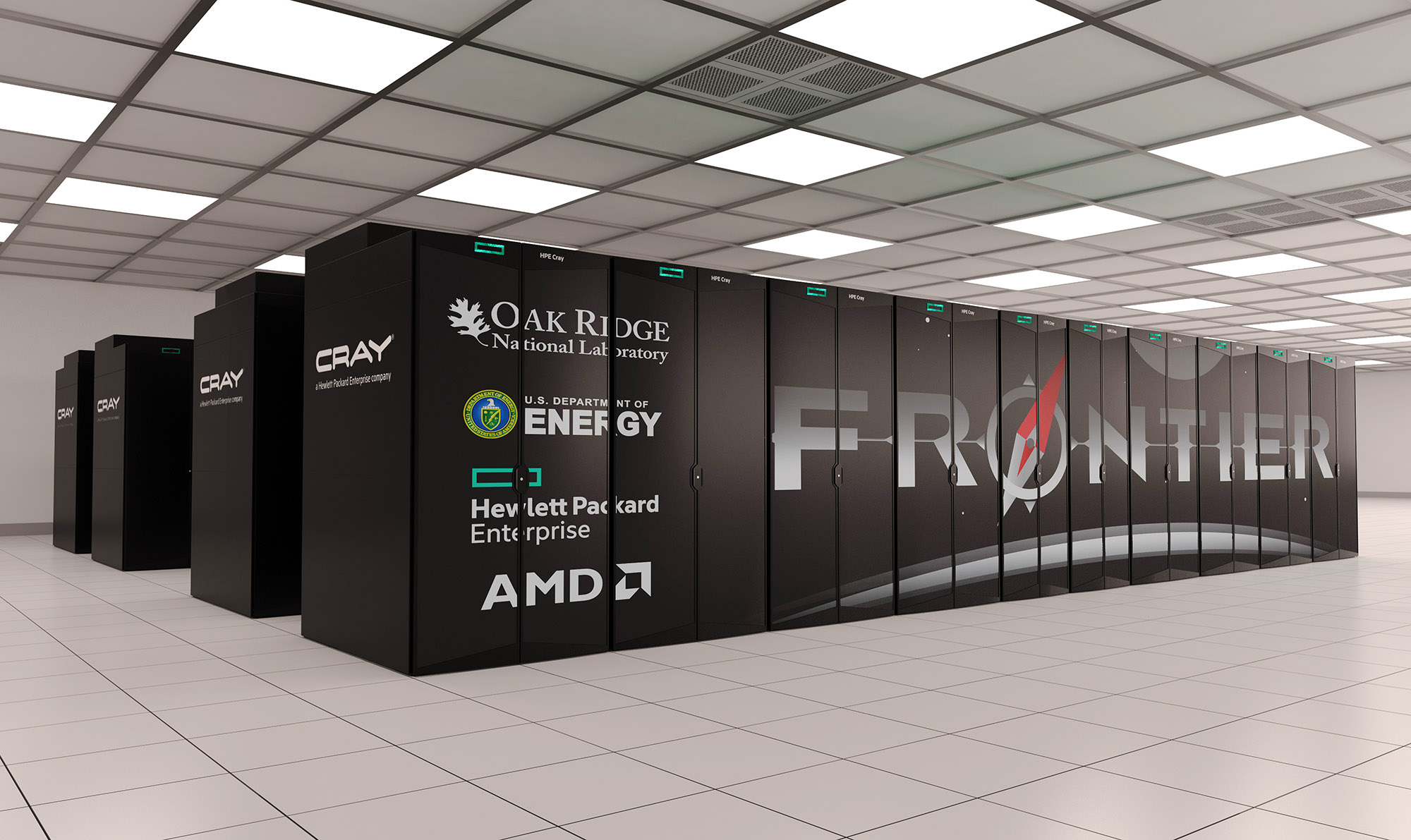 The United States is on top of the supercomputing world in the Top500 ranking of the most powerful systems. The Frontier system from Oak Ridge National Laboratory (ORNL) running on AMD EPYC CPUs took first place from last year’s champ, Japan’s ARM A64X Fugaku system. It’s still in the integration and testing process at the ORNL in Tennessee, but will eventually be operated by the US Air Force and US Department of Energy.

Frontier, powered by Hewlett Packard Enterprise’s (HPE) Cray EX platform, was the top machine by a wide margin, too. It’s the first (known) true exascale system, hitting a peak 1.1 exaflops on the Linmark benchmark. Fugaku, meanwhile, managed less than half that at 442 petaflops, which was still enough to keep it in first place for the previous two years.

Frontier was also the most efficient supercomputer, too. Running at just 52.23 gigaflops per watt, it beat out Japan’s MN-3 system to grab first place on the Green500 list. “The fact that the world’s fastest machine is also the most energy efficient is just simply amazing,” ORNL lab director Thomas Zacharia said at a press conference.

China held two top-ten spots with its Sunway TaihuLight from the National Research Center of Parallel Computer Engineering & Technology (NRCPC) and Tianhe-2A built by China’s National University of Defense Technology (NUDT). However, China is rumored to already have no less than two exascale systems (according to the Linmark benchmark) on new Sunway Oceanlite and Tianhe-3 systems. Due to the current state of semiconductor politics, however, China is reportedly not revealing any new benchmarks or important advances.