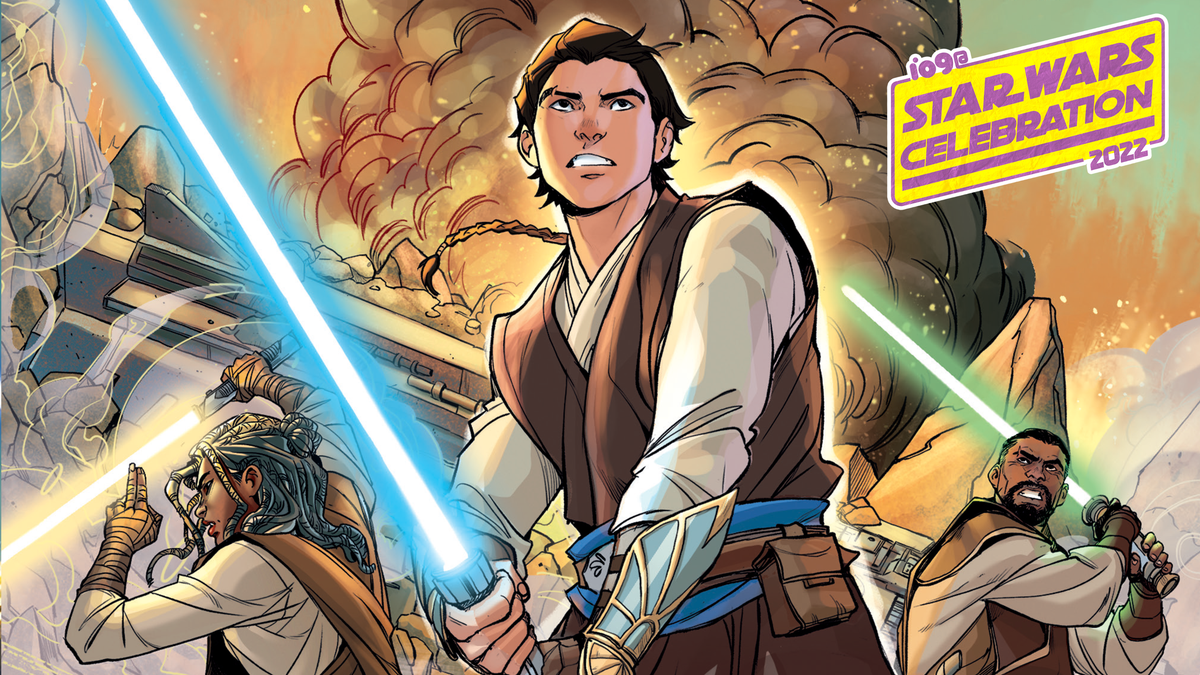 If the first phase of Star Wars: The High Republic introduced us to a Republic at the height of its growth and influence in the galaxy—even one questioned by the rise of the sinister Nihil—its next phase, flinging us even further back into Star Wars‘ past, promises to show a smaller Republic… but one still facing some similar problems as it grows into its future state.

New details for Phase 2 of the publishing initiative—dubbed Quest of the Jedi—were revealed today at Star Wars Celebration Anaheim, teasing a prequel to the prequel that was The High Republic‘s initial swath of books and comics. The first series of High Republic stories took fans back to a time period roughly 200 years before the events of The Phantom Menace. But Quest will not follow up on the climactic events that rounded out its story, revolving around the Jedi’s failure to defend Starlight Beacon from a surprise Nihil assault, leaving the Republic station in the Outer Rim destroyed and many notable Jedi dead in the process. Quest will take place 150 years even before all that, presenting a period of time for the Republic when it was smaller and more built into the Core Worlds of Star Wars‘ galaxy—and even hungrier for expansion that it is under “current” Chancellor of The High RepublicLina Soh.

This era of exploration will be driven by two core branches of the Republic quite unlike anything seen in much of The High Republic before, starting with the government’s leader: or really, leaders. Quest of the Jedi is set in a time when the Republic is helmed by two Chancellors: Greylark, a female human who is driving the Republic’s newfound desire to expand its borders during the period, and Mollo, a male Quarren who is more concerned with the issues the Republic currently has within its Core systems at the heart of the galaxy. In spite of their differences however, Greylark and Mollo won’t be driven by conflict on their opposing views for the Republic, speaking to The High Republic‘s fondness for communication and collaboration.

Which they’ll need all the help they can get with, as Quest of the Jedi is set during a period where one of Star Wars‘ most fundamental aspects—the simple concept of hyperspace communication, enabling instant contact between planets and systems millions of light years apart—simply doesn’t exist. Quest will introduce an important faction called the Pathfinders, an early collaborative effort between the Jedi Order and the Republic, well before the close relationship we saw in Phase 1 and eventually the prequel movies, who are out charting the edges of known Republic space together, and largely cut off from their respective organizational bodies. This means that not only is communication hard with the rest of the galaxy, it’s hard between the Jedi/Republic subdivisions in the Pathfinders, as they both learn about their respective idealogies and ways of approaching problem-solving.

The Pathfinders won’t be all alone, however. They’re backed up by vital communication teams, small groups armed with droids that essentially act as telegram couriers in this disconnected period—ferrying messages across space in small vessels that mean communication, no matter how vital, between the fringes of Republic-controlled space and the Core takes weeks instead of moments like we’re used to in Star Wars.

For all that’s new about the Star Wars galaxy in Quest of the Jedithere is still much familiar of course. The Jedi themselves are still the enlightened luminous beings we met in Phase 1, for example, not yet tested by the strains of the Nihil conflict as we saw them there, but still important spiritual figures within the Republic’s confines and, through the Pathfinders, on its ever-expanding edges. Jedha, the religious world overtaken by the Empire during Rogue Onewill form a major hub for the Jedi in Questand is home to a mysterious teased sub faction within the Order known as the “Convocation of the Force.”

But just because the Jedi have yet to be laid low by the myriad forces we know await them in the future of The High Republic and beyond doesn’t mean Quest is without traditional conflict or villains. One teased faction set to appear in Daniel Jose Older’s upcoming graphic novel at Dark Horse Comics—who once again holds the license for new Star Wars comics after Lucasfilm’s relationship with IDW came to a close with the end of The High Republic Adventures—are the “Dank Graks,” a somewhat unified group of Dark Side cultists who are largely splintered remnants of other Dark Side factions in the period. Older teased that the Graks will have a tenuous connection to sequel-era figure Maz Kanata, whose long life, much like Yoda’s, stretches back into this period as well.

The Graks aren’t the only Force-released conundrum the Jedi will face, either. Another group, teased with the mysterious Marda Ro—whatever connection she has to the Ro family we know ultimately leads us to Phase 1’s major villain, Marchion—was given two new figures, known only as the Mother and the Herald. Although the Mother and the Herald (the latter a Nautolan, like future Jedi Kit Fisto, but with his headtails severed) both have interior conflicts and personal vendettas with each other, their group’s belief harbors a potentially dangerous warning for the Jedi of even this enlightened period: the Force Will Be Free.

What that actually means remains to be seen, but in an expanding galaxy where not everyone is quite as unified or connected, literally and metaphorically, the Jedi and their Republic allies are going to need all the help they can get to face whatever challenges lie on the Galaxy’s edge. Star Wars: The High Republic – Quest of the Jedi is set to kick off later this year, starting in October 2022.