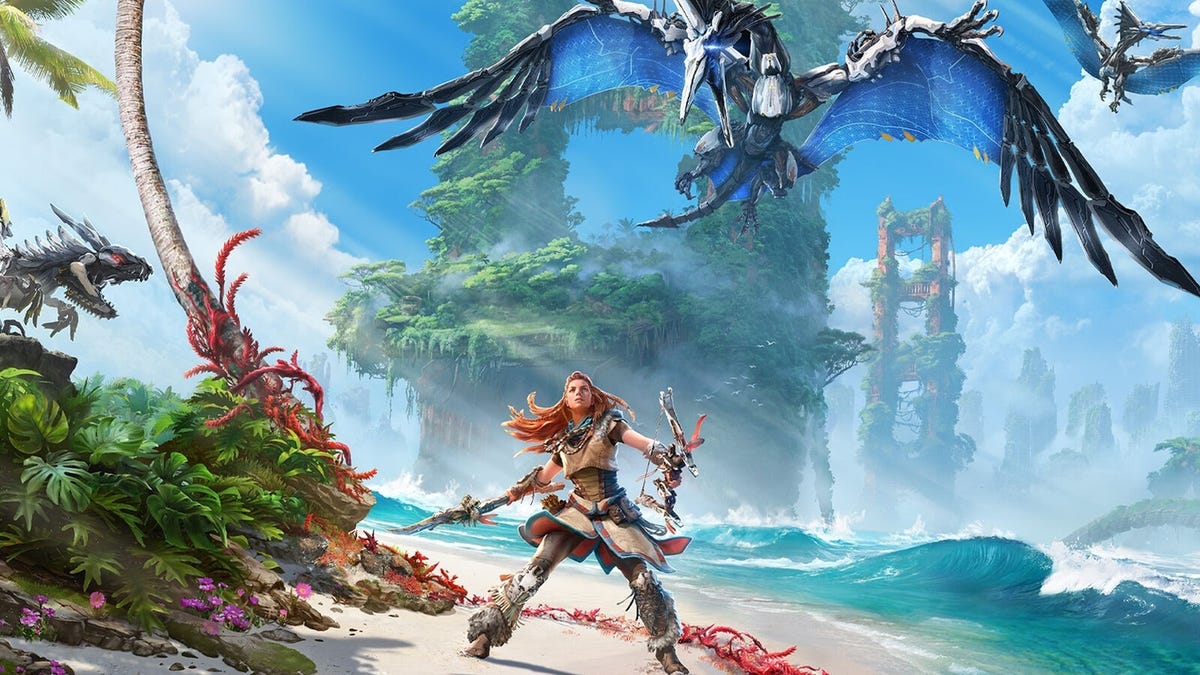 The video game to television series pipeline has been working overtime in the last few years, thanks to hits like Arcane and Castlevania, along with oddities like Halo. We know there are plenty more shows and films on the horizon, and between the Big Three console publishers, Sony’s trying harder than most to make their games jump over to another medium. If the idea of ​​watching Uncharted or Ghost of Tsushima on the big screen wasn’t enticing enough for you, then Sony’s got you covered with Horizon: Zero Dawn.

During an investor briefing, Sony president Jim Ryan revealed that Guerrilla Games’ hit sci-fi RPG would be receiving a TV adaptation on Netflix. The series is set in a post-apocalyptic world where machines modeled after animals roam the world, and various pockets of humanity have set up their own tribes and societies to survive in relative harmony with the machines. Zero Dawn, the original game, released in 2017 to critical and commercial success; the sequel Forbidden West came out this past February. At this time, no creative staff have been announced.

It was during that same briefing that Ryan re-confirmed the existence of a God of War series for Amazon. The adaptation of Sony Santa Monica’s action franchise will be headed up by Wheel of Time’s Rafe Judkins, along with The Expanse’s Mark Fergus and Hawk Ostby. Beyond that, no extra details about the show—such as whether it would cover the murderous Greek era of protagonist Kratos’ life, or his more recent Norse adventures that began with the 2018 soft reboot—have been revealed.

The final PlayStation game hopping over to TV is its acclaimed racing series, Gran Turismo, which is not sci-fi or fantasy, so whatever.

All this is well and good Sony, but if we’re adapting thingsmaybe we could go with the more cartoony franchises, rather than the prestige ones? Since you’ve got that wonderful animation studio, you couldn’t go wrong with Sly Cooper and Jak & Daxter, or even another shot at Ratchet & Clank. Please?