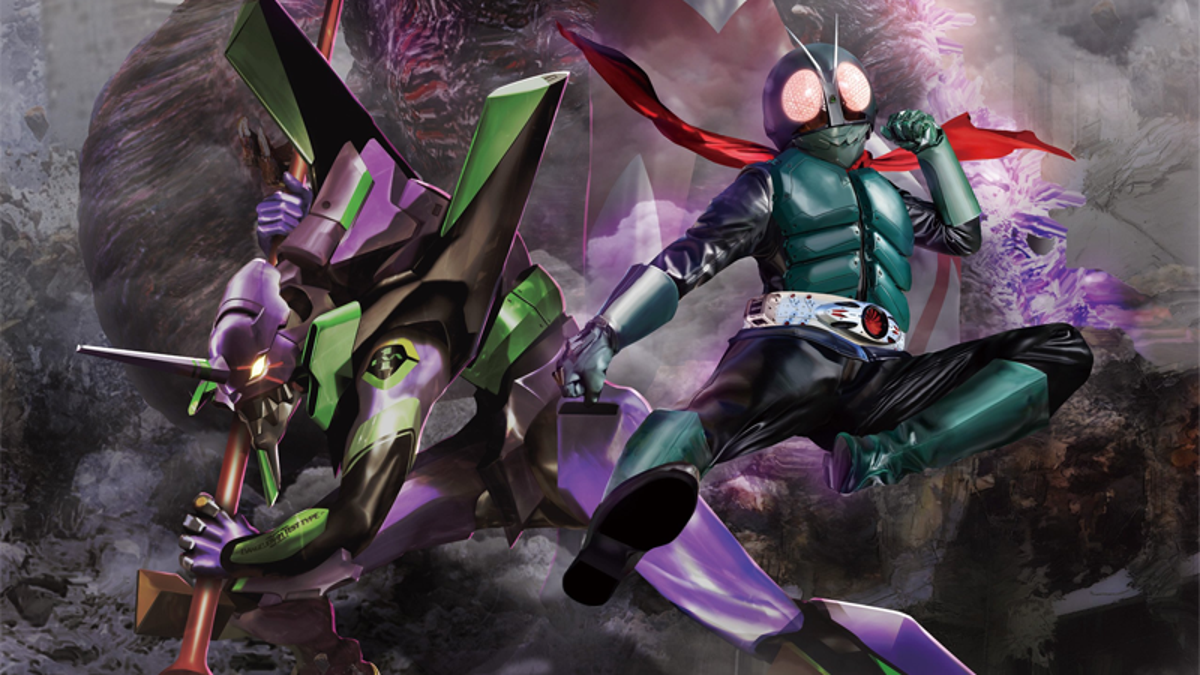 Four of the greatest, most popular icons of Japanese pop culture—Evangelion, Godzilla, Ultramanand Kamen Rider—have bonded forces to… give you some mild amusement if you happen to be located in Yokohama, Osaka, and Hakata for very specific days this summer. Because the first mega-crossover event for Hideaki Anno‘s Shin Japan Heroes Universe is the Shin Japan Heroes Amusement World, which isn’t really an amusement park. Nor is there much crossing over, frankly.

Basically, there will be an assortment of new arcade games at a handful of Bandai Namco stores in the aforementioned cities. Of the games announced, only one sounds like an actual crossover, and there’s nothing but a logo and this summary, courtesy of Game Watch and Google Translate:

“A mission-progressing attraction that captures crisis situations as a member of the World Unknown Event Observatory / GUEK. The player receives an emergency call from the Secretary of GUEK and deals with the incidents and crises caused by Godzilla, the Apostles [i.e., Evangelion’s Angels]the Beasts [kaiju]and SHOCKER [the evil organization Kamen Rider fights].”

“Abbreviation for Global Unknown Event Keepers. An organization that monitors paranormal phenomena and extraterrestrial life forms that are occurring all over the world. In addition to monitoring and analysis, it also plays a dynamic role in preventing the danger of human existence.”

There are several other games, but they seem focused on individual properties. At least there’s some footage of two of them:

“An attraction that fights Godzilla as a member of the attacking helicopter unit.”

“An attraction where you can experience Eva operation as a pilot.”

Shin Ultraman: Operation to repel the evil beast No. 8

“An experience-based mystery-solving attraction that confronts the threat of the evil beast that suddenly appears as a new analyst for the evil special.”

As you can see from the videos, the Godzilla and Evangelion games are basically the same—they look fun, definitely, but they’re clearly running on the same gameplay engine—but the Shin Ultraman game sounds unique, especially since it’ll be based on Hideaki Anno’s recently released Shin Ultraman movie as opposed to the classic TV series. Speaking of, there’s one final game available at Shin Japan Heroes Amusement World…

“A roulette-type mini-game using beta capsules. Depending on what is displayed on the monitor, you will receive one random original prize related to Shin Ultraman.”