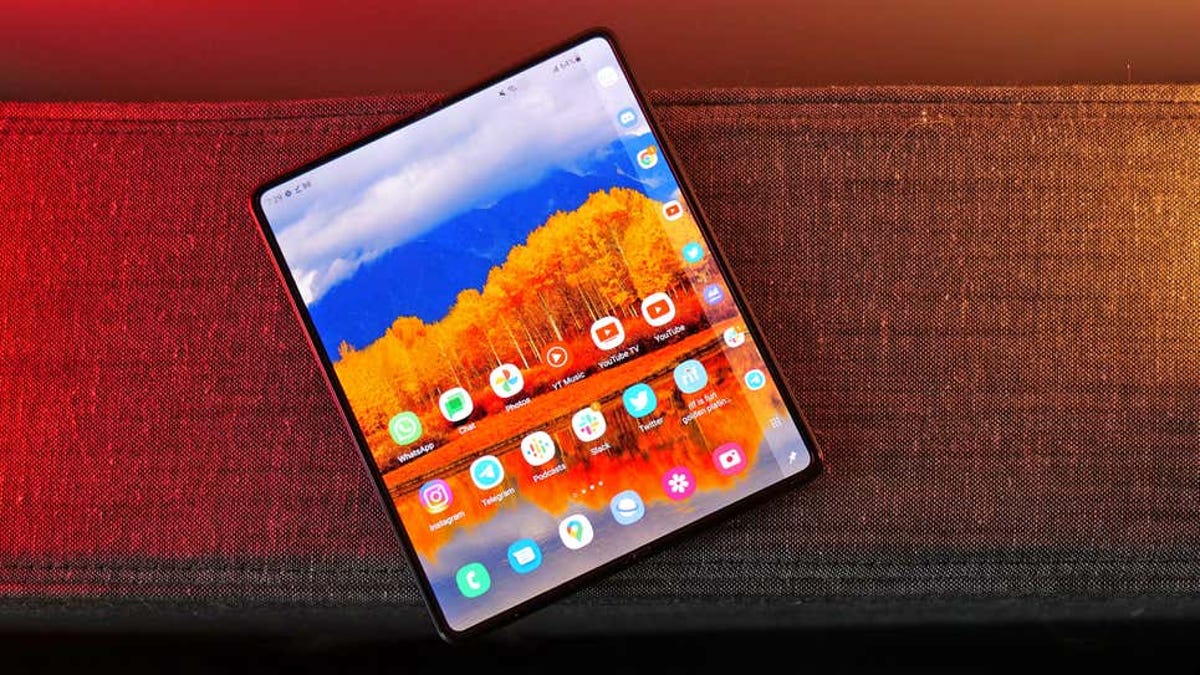 Samsung is due to have a big mobile event in just a few months. Nothing has been announced yet, but with the rumor mill churning away and the fact that the company has historically used the summer months to trot out its next-generation flippy phones, we’re expecting some new Galaxy foldables on the horizon.

Samsung’s book-like foldable, the Galaxy Z Fold 4, is now the first to get the full reveal, kinda. Noted leaker Ice Universe published the allegedly “100% accurate” specification sheet for the phone on Twitter on May 30th. It indicates that Samsung’s fourth-generation foldable will be more of a minor tech bump than a complete upgrade to its predecessor.

The leak says that the next Galaxy Z Fold 4 will have a 7.6-inch QXGA+ AMOLED display on the inside when folded out and a 6.2-inch HD+ AMOLED display on the front. Both displays will supposedly sport a 120Hz refresh rate. Compare this to last year’s Galaxy Z Fold 3which has similar display specs, including the 7.6-inch screen inside the device and 6.2-inch exterior Cover Screen. Don’t expect much change in display resolution, either.

The Galaxy Z Fold 4’s guts will purportedly be more current than its flagship sibling’sthe Galaxy S22. The Z Fold 4 could be souped up with Qualcomm’s next-gen mobile processor, the Snapdragon 8+ Gen 1.If this holds holds true, Samsung isn’t opting for a homemade Exynos processor in its flagships or foldables. We’ve been curious if the company would make a move after doing the same for its mid-range models, namely the Galaxy A53 5G. (And, you know, Apple and Google are doing it.) There’s also 12GB of RAM inside the Z Fold 4, says the leak, and two options for storage (up to 512GB). The leaked 4400mAh battery is the same size as last year’s model.

More notably, this generation’s Galaxy foldables could finally be on the same camera system as the Galaxy flagship launch. The leaked spec sheet indicates we’ll see three rear cameras: a 50MP primary camera, a 12MP ultra-wide lens, and a 10MP telephoto with up to 3x optical zoom. It’s similar to the setup in the Galaxy S22/S22+and it would mean a Galaxy foldable with a camera that’s much more capable than previous Folds. We haven’t seen any samples to test that claim, but we’ll find out soon enough.

There are two additional front-facing cameras on the Z Fold 4: one for the standard front-facing selfie and one on the foldable inside for video conferencing and the like.

The leak doesn’t mention if there will be a built-in slot for the S-Pen stylus. It’s something that’s been floating aroundthough the Fold will likely have S Pen support as its predecessors did. It just won’t come bundled in the chassis.

Anyway, we won’t know anything until Samsung reveals the smartphone itself. It’s likely to be announced alongside the next-generation Z Flip 4which has its fair share of leaks circulating the internet. If Samsung sticks to the same launch schedule as it has these many years, we’ll probably know more in a few short months.