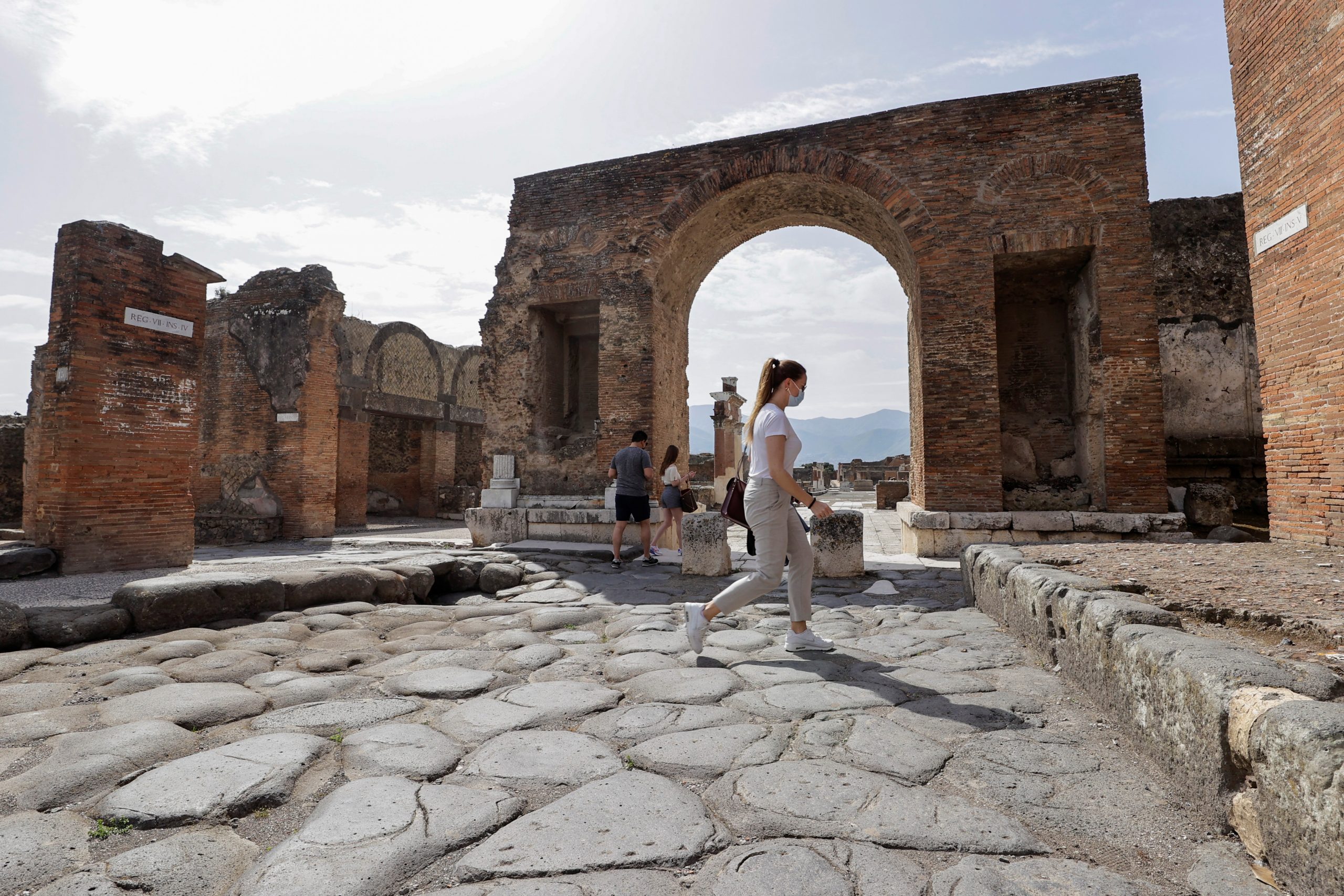 In 1933, archaeologists excavating the remains of Pompeii found the bodies of two individuals, their skeletons almost perfectly preserved by the volcanic ash that buried their home in the aftermath of the eruption of Mount Vesuvius on August 24th, 79CE. While many of Pompeii’s residents fled the natural disaster, these two did not.

In a photo from the early ’30s (pictured above), you can see the residents of the “House of the Craftsmen” slumped over in the corner of their home’s dining room, almost as if they were eating lunch just as their lives were about to end. It’s a poignant scene archeologists have long sought to unpack, and now we have a better understanding of what may have happened to those two Romans, thanks to the latest advances in DNA sequencing technology.

In a paper published this week in the journal Scientific Reportsa joint team of researchers from Italy, Denmark and the US shared that they recently sequenced the genome of one of the House of Craftmen’s inhabitants – marking the first time archaeologists have decoded the mitochondrial DNA of a resident of Pompeii, according to The New York Times.

With genetic material pulled from his petrousa dense, pyramid-shaped segment of bone that protects the inner ears, the team found that the male inhabitant of the house suffered from spinal tuberculosis, or what’s better known today as Pott diesase. Associated symptoms include back pain and lower body paralysis. “The condition would have forced him to have little mobility,” Dr. Pier Francesco Fabbri, one of the anthropologists who contributed to the paper, told The Times. It’s very possible the man, who was about 35 years old when he died, would have had difficulty fleeing Pompeii even if he wanted to escape the burning city.

We now also have a better idea of ​​the man’s origins. Comparing his DNA against 1,030 ancient and 471 present-day West Eurasian individuals, the research team concluded that some of his ancestors came from Anatolia, which is now mostly part of modern Turkey. He also had links to the island of Sardinia. However, he had the most genetic similarities with people who lived in and around Rome during Pompeii’s destruction. That lends evidence to the suggestion that the Italian peninsula was a melting pot of racially diverse people at the height of the Roman Empire.

With so little left from that time, our understanding of the ancient world will always be imperfect, but thanks to advances in technology, we’re constantly learning more about what life was like thousands of years ago. It was only at the end of last year that researchers “unwrapped” one of the most pristine mummies ever found with the help of a CT scan. Professor Gabriele Scorrano, the lead researcher on the Pompeii study, told the BBC that future genetic studies could reveal more about the city, including information about the biodiversity of the surrounding area. “Pompeii is like a Roman island,” he said. “We have a picture of one day in 79CE.”