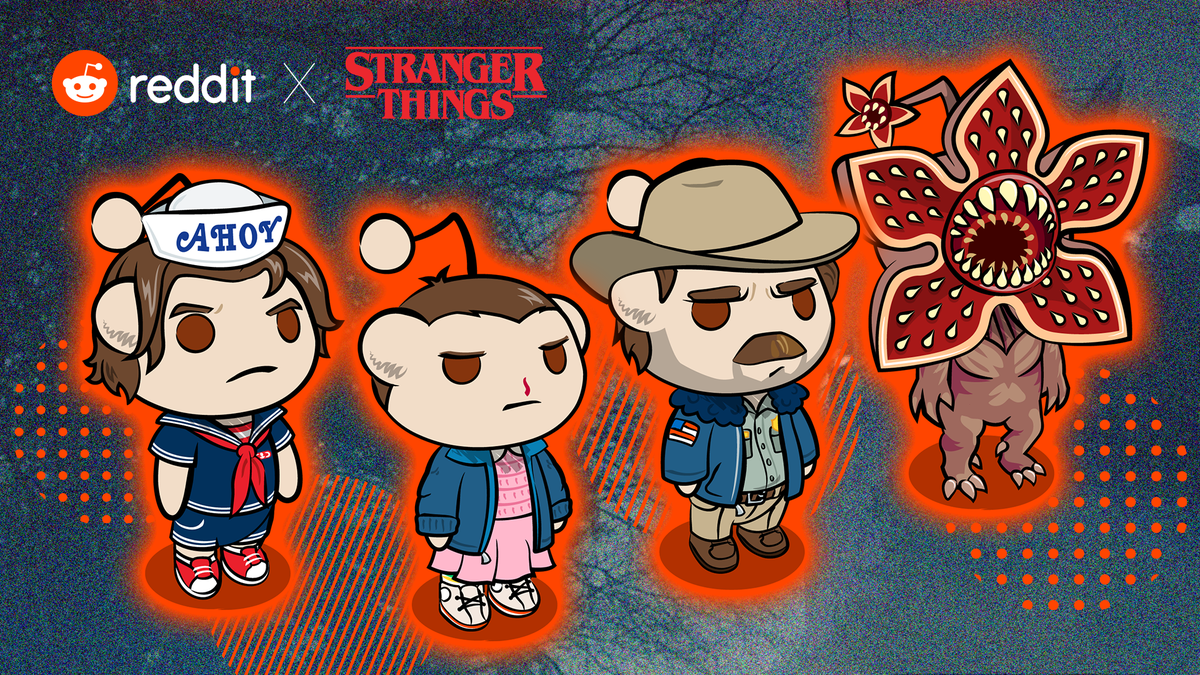 If you’re as restless as we are about the long-awaited return of Stranger Thingswhich debuted its third season nearly three years ago, Reddit has some fun digital treats to tide you over until the season four premiere next week.

The social network unveiled a series of four new avatars for Stranger Things fans this week as part of a partnership with Netflix. For a limited time, users can update their avatar and become one of four grumpy, adorable characters: the Demogorgon, Eleven, police chief Jim Hopper, or Steve Harrington in his Scoops Ahoy uniform. Even the gross-beyond-belief Demogorgon looks kind of cute in an intense way.

In case you’ve forgotten what happened to our friends in Hawkins, Indiana, we’ve got your back. After battling the Mind Flayer, our favorite super girl Eleven was left powerless. That battle also destroyed Hawkins’ new mall, including Steve’s workplace Scoops Ahoy, leading him and Robin to get new jobs at a video store. With everyone under the impression that Hopper is dead, even though he isn’t, Eleven moves to California with Joyce Byers and her sons, Will and Jonathan.

Poor Hopper, as it turns out, is in fact alive and being held in a Russian prison, which is also coincidently home to a captured Demogorgon. Season four will pick up six months after the events of season three. Our favorite group of friends is now in high school and, unsurprisingly, there is still some weird shit going on in Hawkins. You can check out the trailer below.

The first part of Stranger Things’ fourth season will premiere on Netflix on Friday, May 27. You’ll have to wait until July 1 to see part two, which, all things considering, isn’t too long a wait.