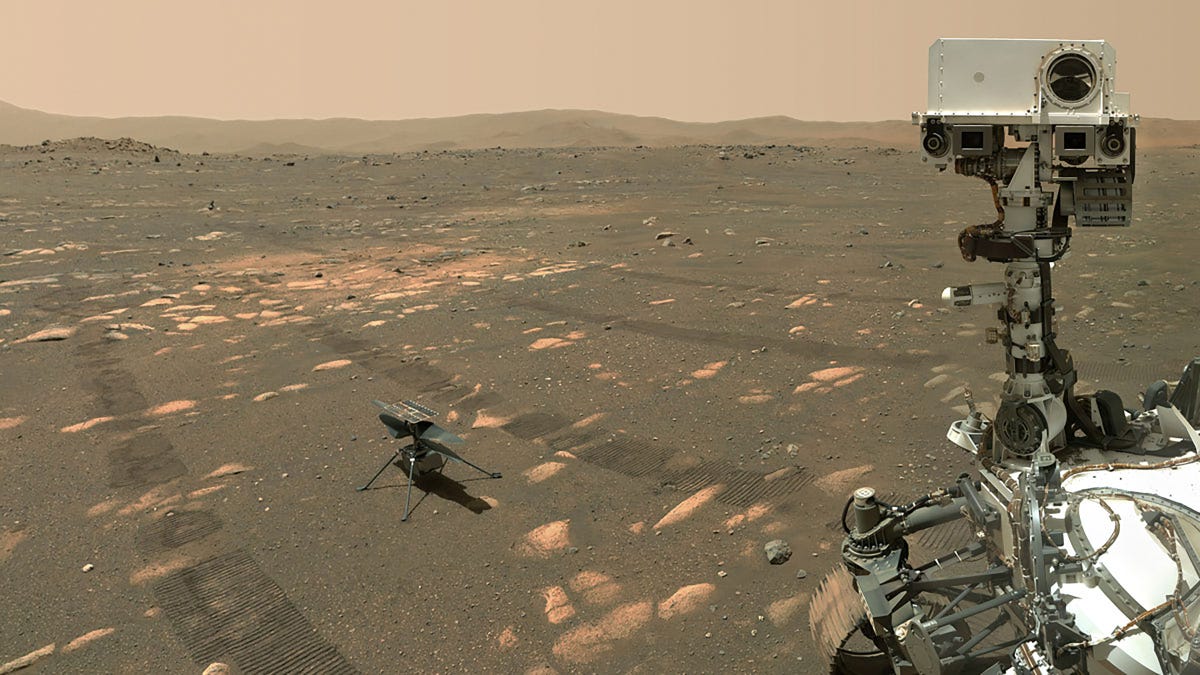 NASA scientists have cut down a year of Perseverance’s audio recordings on the Martian surface to a five-hour playlist of the Red Planet’s best hits (you can listen to some here). The sounds are eeily quiet and offer a new way of exploring the Martian environment. They’ve already helped confirm some theories about the way sounds travels on the planet.

Audio from the rover was first published last year—none of the sounds were very pleasing to the earpossibly due to electromagnetic interference. The latest sounds are softer than those screeches; an analysis of the sounds and what they can tell us about how sound travels on Mars was published last month in Nature.

Baptiste Chide, a planetary scientist at Los Alamos National Laboratory, told Gizmodo in a video call last year that audio heard on Mars would sound like it was coming through a wall, due to the Martian atmosphere being 1% as dense as Earth’s. But Chide was still taken aback at just how quiet Mars turned out to be. “It is so quiet that, at some point, we thought the microphone was broken,” Chide said in an Acoustical Society of America release.

The Perseverance rover landed on Mars in February 2021 with a suite of technologies designed to find out whether Mars ever hosted microbial life in its ancient past. But besides those science instruments, the rover also came packed with two microphones, made from off-the-shelf components, to record the very first audio data on Mars.

In March, Chide’s team used the SuperCam microphone to measure the speed of sound on Mars. The more recent research leveraged both microphones to characterize the acoustic environment of Mars, and used near and distant sound sources to show how the carbon dioxide-heavy atmosphere affected sound’s ability to travel.

Mars is much colder than Earth, with a thinner atmosphere. NASA scientists expected sound to travel slower on Mars as a result, and it did. The researchers found that higher-frequency sounds traveled faster than lower-frequency noise, as well.

Sound on Mars will change throughout the planet’s 687-day year. During the Martian winter, carbon dioxide in the planet’s polar regions freezes, which will cause the loudness of sounds to fluctuate, according to the release. So stay tuned. As long as Perseverance performs as its name suggests, we ought to be getting a more diverse portfolio of Martian mixes soon.