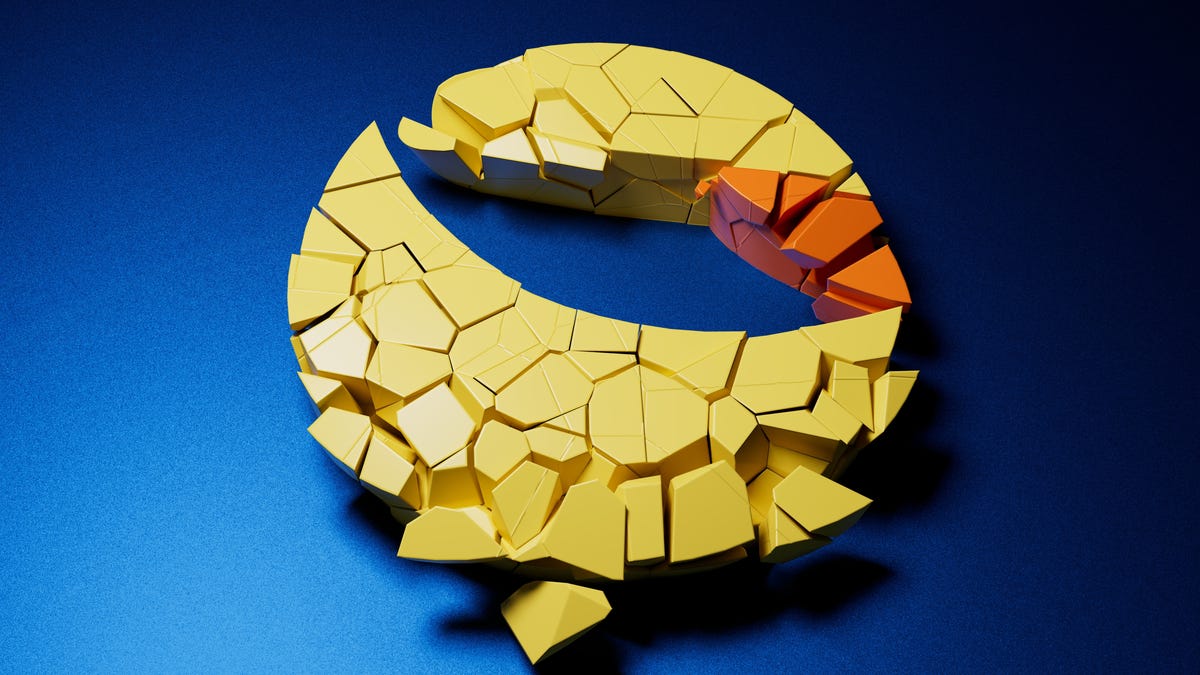 Luna 2.0, a Frankenstein cryptocurrency resurrected after its predecessor crashed to near-worthlessnessis already looking pretty haggard out of the starting gate. And like Mary Shelley’s monster, there are signs of more misfortune in the near future.

Luna 2.0, which launched Saturday to replace the old Luna and Terra cryptocurrency ecosystem (now rebranded as Luna and Terra “Classic”), started at a high of $19.53 but then sank to a low of just over $4 over the next few hours, according to CNBC. The price hovered just below $6 before jumping up to around $9.70 as of early Tuesday, according to listings by CoinMarketCap. The bounce in price was thanks to a push by traders on Monday and the coin’s impending launch on crypto exchange Binance.

Luna and Terra Classic were sibling coinsmeant to work in financial and technological tandem and stabilize each other’s value, with Luna Classic moving up and down in price and Terra staying the same as traders moved their money from one to the other. Both are now largely defunct. TerraUSD, now known as Terra Classic, was a cryptocurrency designed to stay at a $1 value. That was until the weekend of May 8, however, when the price of the stablecoin fluctuated far beyond the $1 pegged value and caused a massive sell-off, tanking the Terra ecosystem despite millions in reserve funds being spent to prop it up. This crash dragged the price of Terra and its sister coin Luna into the dirt.

It’s a far cry from where Luna had once been. At its peak in April, Luna was trading for $116.

Last week, 200 million—or 65% of holders of the old Luna and Terra—voted to create Luna’s new incarnation without its algorithmic stablecoin. Terraform Labs, the company behind the coins, told original TerraUST and Luna Classic holders they would be airdropping Luna 2.0 into their wallets to make up for some of their original lossesand Binance is expected to make 15.7 million Luna available to users early this week.

A spokesperson for Terraform Labs did not immediately respond to a request for comment. Many individuals and other small holders reported losing millions of dollars in the original crash, but spokespersons for Terraform labs and founder Do Kwon said the creators were putting their energy into the iteration of the coin.

But some Luna Classic holders are not thinking about sticking around for this newest incarnation of the cryptocurrency. Some well-known crypto enthusiasts have made open remarks they plan to dump as soon as the new crypto lands in their wallets. Any kind of large-scale sell-off will not likely do any favors for the price of Luna 2.0.

The release of Luna’s new coin has also encountered other roadblocks.Users online were able to exploit a pricing discrepancy in crypto platform Mirror Protocol to extract over $2 million in asset. The platform, which allows asset trading of both new and old Luna, listed the price of Luna Classic—which is trading at .00001 of a cent—as the same as Luna 2.0, valued at a little under $10 at that time, when in fact the real price of Luna 2.0 was fluctuating wildly.

Users spotted the exploit Sunday, which was picked up by several crypto commentators on Twitter. Mirror protocol has yet to make a public statement about the supposed exploit.

Terra’s original crash has also attracted the notice of regulators. International financial watchdogs have said they intend to crack down on crypto. Now financial authorities in the UK are also considering ways to protect investors holding stablecoins. A British treasury proposal released this week suggests the government wants oversight over stablecoins, citing the collapse of TerraUST specifically.