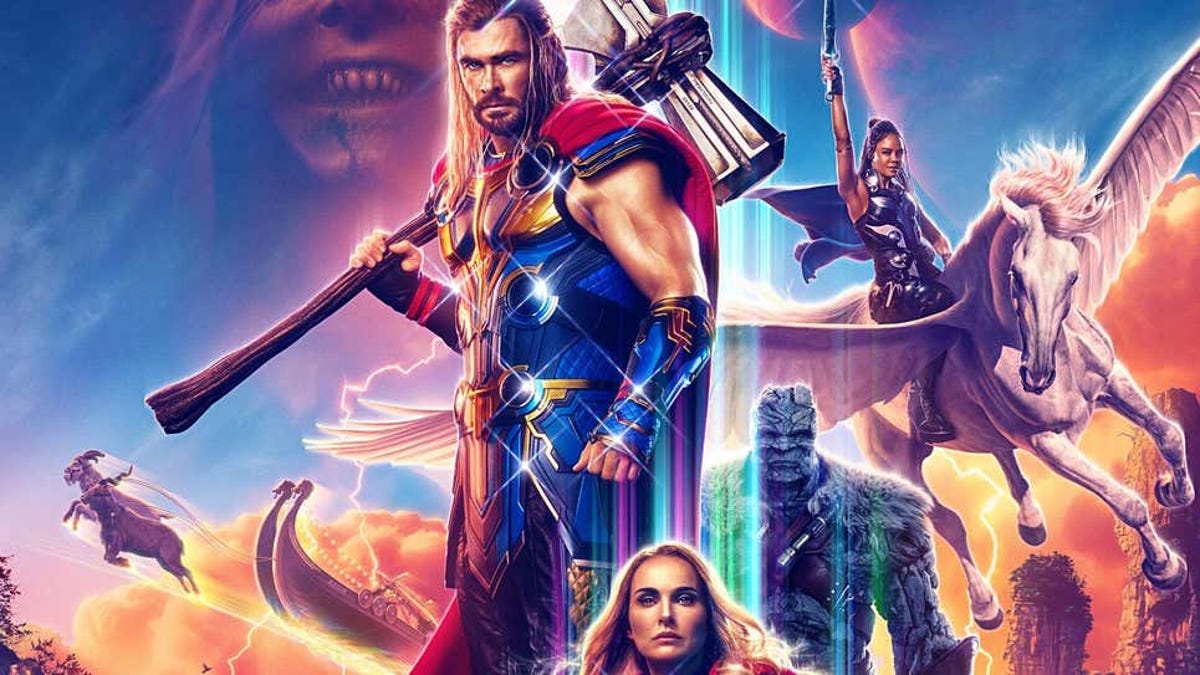 Each new Marvel Cinematic Universe movie has a big hook to draw audiences in, and for Thor: Love & Thunder, that hook comes in the form of one Jane Foster. Natalie Portman’s scientist hasn’t been seen since 2013’s Thor: The Dark World, but here she is, wielding Thor’s (Chris Hemsworth) old hammer Mjolnir and beating down monsters not unlike her thunderous ex. What’s the deal with that?

A new trailer for Taika Waititi’s follow up to Thor: Ragnarok gives some insight on Jane’s new lease on life, along with a greater showcase for what she’s capable of. (Spoiler: it involves a lot of lightning and hammers.) For those who became fans of the character since Jason Aaron and Russell Dauterman made her into the God of Thunder back in 2013, this new trailer offers plenty to be excited about, while also giving teases of an interesting dynamic between Jane and Thor now that they’re on the same playing field.

Beyond the sight of seeing two Thors in action, the trailer also offers up our first look at the film’s main baddie, Gorr. Played by Christian Bale, Gorr also goes by the moniker of “the God Butcher,” and has gone around slaughtering the various gods across the cosmos after previously losing his family and people to tragedy. Saving the gods is high priority for the Thors, along with Tessa Thompson’s Valkyrieon the quest for a queen to rule New Asgard with. The trailer also offers us our first real look at the MCU’s version of the Olympians, including Russell Crowe as Zeusgiving our heroes an even bigger supporting cast to play with now that Asgard and the Nine Realms are behind us.

All in all, looks like another winner for the red-hot Waititiand well worth the ticket price at the theater. Only thing left to do now is wait until Thor: Love & Thunder releases on July 8. Peep the colorful new poster below.