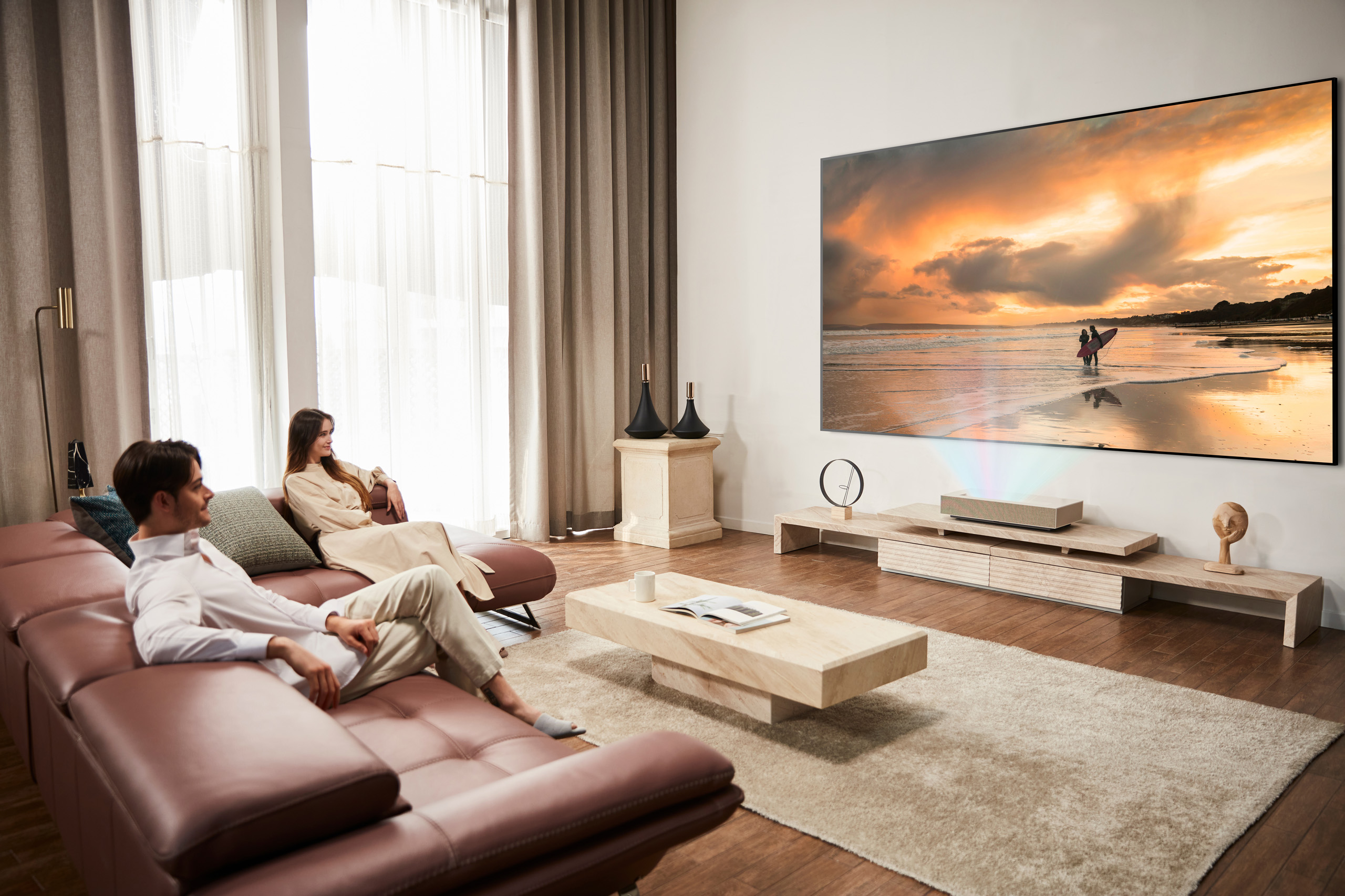 LG, which helped kickstart the Ultra Short Throw (UST) laser projector craze with the original CineBeam, has just unveiled a new high-end model. The CineBeam HU915QE can project a 120-inch image from just 7-inches away as before, but it now does so with a scorching 3,700 ANSI lumens of brightness — well beyond rivals like the Optoma CinemaX P2. That should be enough for good picture quality in daytime with the blinds up, so it could replace a TV while offering a much bigger screen size.

It also supposedly delivers a 2,000,000:1 contrast ratio, though I’d take that number with a humongous grain of salt as it depends on the type of screen, room brightness and more. You also get 4K HDR video via the three channel laser ( likely with a TI DLP chip) that should eliminate any rainbow effect. Since LG doesn’t mention Dolby Vision or HDR10+, we can safely assume it’s limited to HDR10.

It automatically adjusts brightness based on ambient light conditions, and uses HDR dynamic tone mapping to change brightness on a frame-by-frame basis. Another feature, adaptive contrast, supposedly delivers the optimal contrast for each individual scene.

It’s equipped with LG’s webOS that trumps other smart platforms used by other brands like Optoma. That’ll let you stream Netflix, Amazon Prime, Disney+, YouTube and Apple TV without the need for a Chromecast or other device. LG also promises stylish looks thanks to the 45 percent recycled wool texture from Danish textile company Kvadrat.

The HU915QE CineBeam 4K laser UST projector will arrive in the first half of 2022, meaning in less than 40 days or so. LG didn’t mention the price, but it is listed on pre-order at B&H Photo Video for around $6,000.