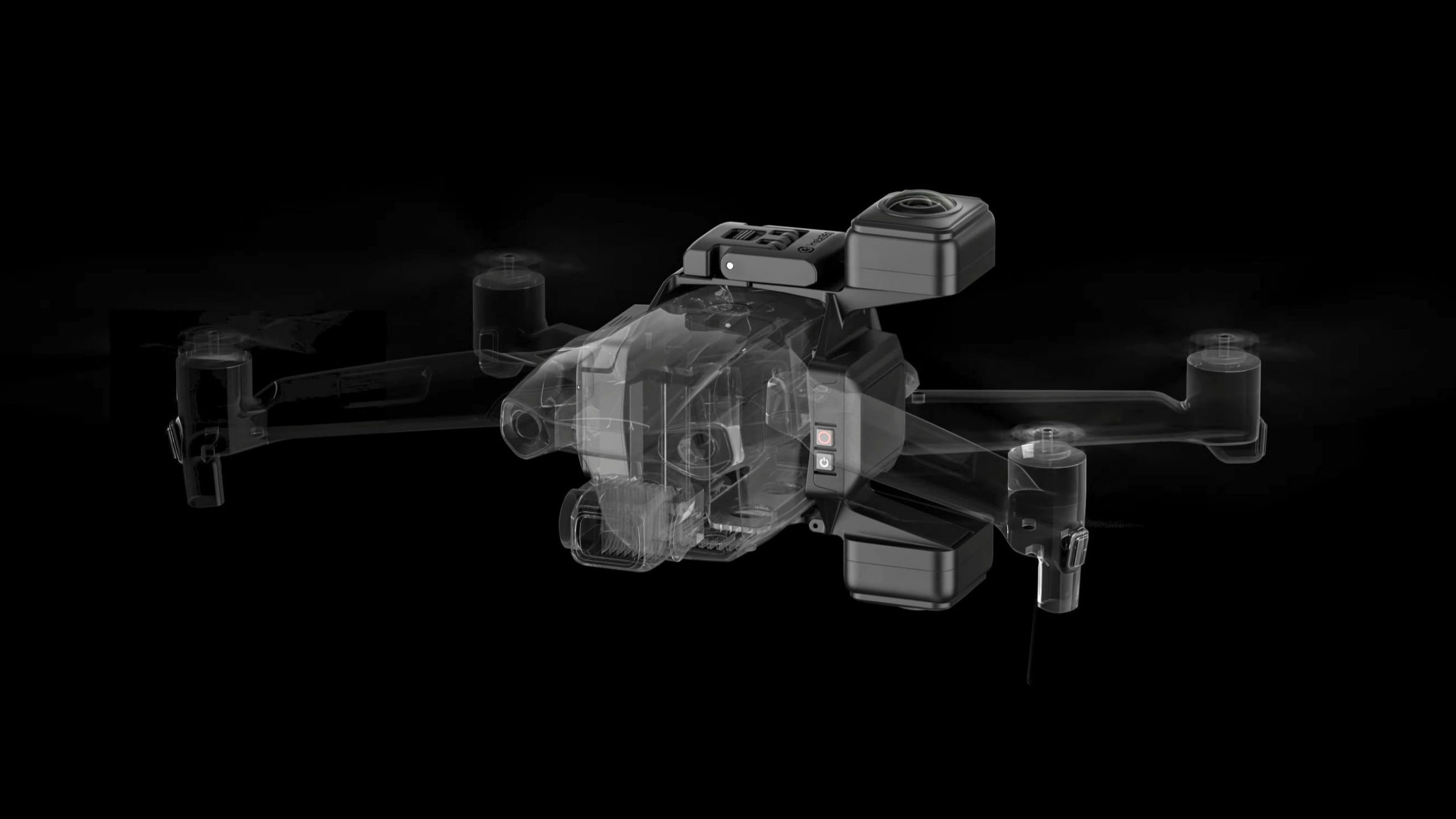 Insta360, best known for its action and 360 degree cameras, has just launched an interesting drone camera. The Insta360 Sphere attaches around the body of DJI’s Mavic Air 2 or Air 2S drones, letting you film 5.7K 360 footage or create regular 2D videos with the option of reframing them later in post. Better still, Insta360’s tech ensures that the drone is “invisible” in shots.

Since 360 ​​cameras film in all directions, half the video can be obstructed by the drone itself. However, Insta360 mounted cameras on either side of the drone to ensure it doesn’t appear in the footage. To provide seamless footage, “Insta360’s proprietary dynamic stitching algorithm makes the whole drone (including the propellers) disappear automatically,” the company wrote.

The Sphere attaches to Mavic Air 2/2S drones with an “ultra-secure” mechanism, and doesn’t affect its structural integrity or impact the GPS signal or control system. Insta360 is also promising smooth flights via its FlowState stabilization tech that’s been fine -tuned for the Sphere. At the same time, you can simultaneously capture video from the drone’s own camera.

The company showed off some fancy footage in a YouTube video, with barrel rolls and dolly zooms, created in its Insta360 app. The Insta360 Sphere is now available in the US and mainland China for $430.