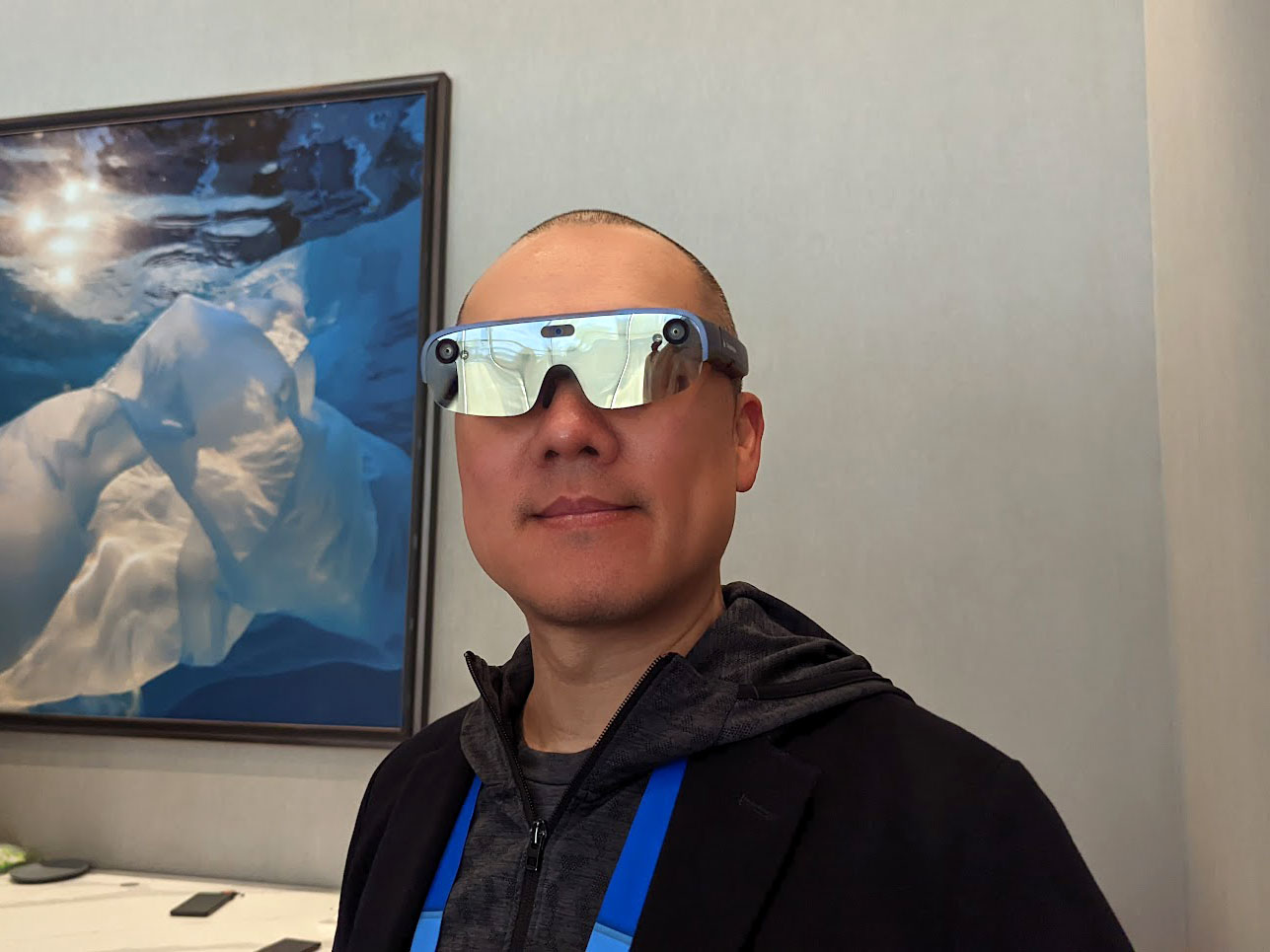 Qualcomm recently announced its new Wireless AR Smart Viewer reference design for developers. The idea is to demonstrate what the next-generation AR devices could (or should) look like and what the Snapdragon XR2 Platform can do.

It is beautiful and highly functional for something that’s supposed to provide a technological baseline. At the very least, it can provide AR functionalities similar to the very cool Lenovo ThinkReality A3, which can replace five external monitors.

But this Wireless AR Smart Viewer does it without the cord and feels much lighter on you. They have a 40% thinner profileand the 1080p displays (one per eye) provide an excellent AR experience on par with bulkier devices.

When I tried it, it was a world away from your typical AR experience in which the headset is distracting because of its bulk and weight.

It was like wearing a pair of sports sunglasses, and the lack of wire (even going from the glasses to the phone in my pocket) introduced an unprecedented sensation of freedom. (Thanks to Judie @ Geardiary for the photo!)

Qualcomm has correctly identified primary AR pain points and is working aggressively to address them within its ecosystem by using a clever mix of computing and telecommunication.

Electronics embedded in the glasses package the sensor data and communicate it via Wi-FI 6E (Qualcomm FastConnect 6900) and Bluetooth 5.3. On the other end, a smartphone receives the stream and does the heavy computing (3D, AI, video encode), all with a 20ms motion to photon latency, according to Qualcomm. The glasses decode the video stream sent by the smartphone, and the process repeats for every frame.

The communication happens on a dedicated WiFi band, so your WiFi Internet access is not occupied by the communication between glasses and phone. By the way, the 650mAh battery can keep the experience going for ~30mn. It’s also possible to use USB-C for power.

Enabling such a design is an essential step toward the mass-market adoption of AR glasses. The most critical aspect of any wearable technology is to get people to…. Wear it. Previous generations were simply too bulky.