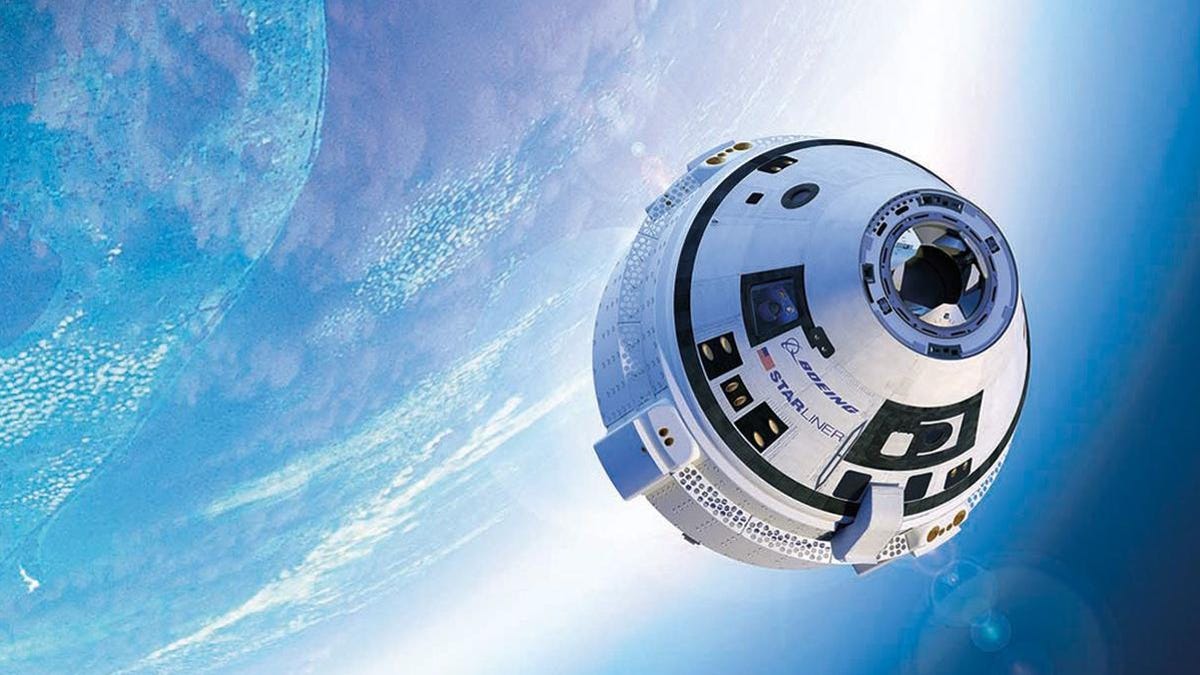 It was a picture perfect launch of a ULA rocket Thursday evening at Cape Canaveral in Florida. The payload, a Boeing Starliner spacecraft, is now en route to the International Space Station, despite a bumpy orbital insertion burn. The capsule will attempt to dock at the orbital outpost at 7:10 pm EDT today, and you can watch it live right here.

Boeing’s CST-100 Starliner has already entered into an orbital trajectory that will take the uncrewed capsule to the International Space Station. During a previous test in 2019, Starliner failed to reach its proper orbit owing to a software automation glitch that caused it to perform an unnecessary orbital insertion burn. But despite a propulsion problem experienced during yesterday’s orbital insertionStarliner is still on track to meet up with the ISS at the expected time.

The reusable spacecraft is expected to reach the forward port of the space station’s Harmony module at 7:10 pm on May 20. Live coverage of the automated docking procedure will be made available at NASA TV and YouTubeand also at the live feed below. The broadcast is expected to begin at 3:30 pm EDT.

The current mission, Orbital Flight Test-2 (OFT-2), is a critical step towards certifying Starliner as an astronaut-friendly spacecraft. Under NASA’s Commercial Crew Program, the space agency is seeking to procure two platforms for transporting its astronauts to the ISS.One of thosethe SpaceX Crew Dragon, is already in action. Boeing is now under pressure to meet its contractual obligation and to overcome a slew of problems that have plagued the project —hence the importance of today’s ISS docking.

Now that it’s in orbit, Starliner will perform a series of slight course adjustments to attain the same orbit as the ISS. Once it gets close to the station, the spacecraft will pause prior to entering the 656-foot (200-meter) “keep out sphere,” during which time flight controllers will assess Starliner’s alignment and readiness for docking, according to the mission profile.

Starliner will then commence with the docking, pausing yet again when it gets to within 33 feet (10 meters) of the station. This step will be followed by the final approach and the autonomous docking to an International Docking Adapter. A “unique vision- based navigation system used to autonomously dock with the orbiting platform as well as its new docking system cover will be thoroughly tested,” according to to Boeing. This should happen shortly after 7:00 pm EDT this evening, with the opening of the hatch scheduled for May 21 at 11:45 am EDT.

The 15-foot-wide CST-100 Starliner is designed to carry seven passengers. No humans came along for this journey, but one seat is occupied by Rosie the Rocketeer—a test manikin equipped with 15 different sensors. In addition, the spacecraft is carrying more than 800 pounds of cargo, which includes food and supplies for the current ISS crew.

Starliner will spend about five to 10 days attached to the station, after which time it will attempt an uncrewed atmospheric re-entry and a parachute-assisted landing in the western United States.