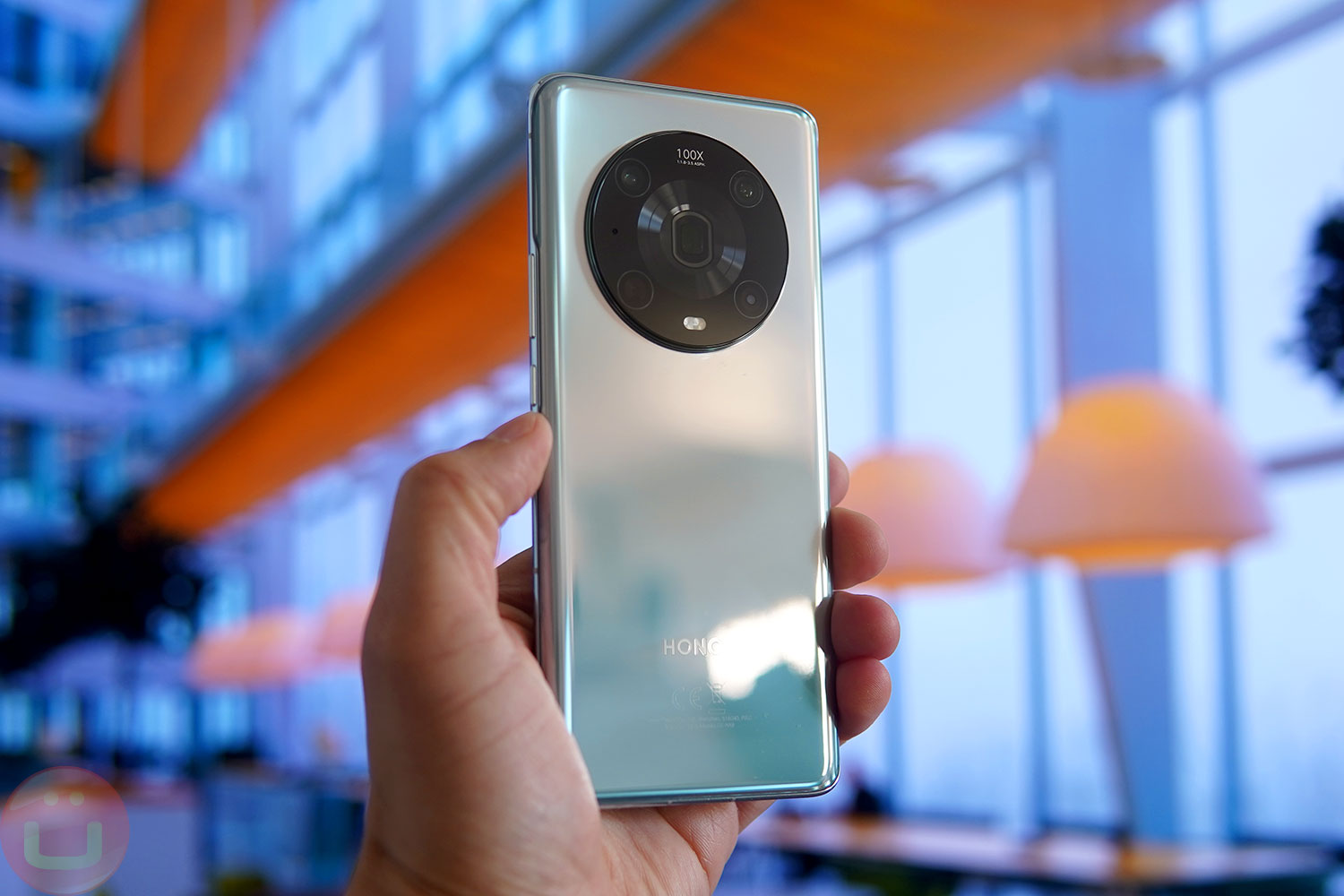 Now available in the UK, the Honor Magic4 Pro is a 949.99 UKP high-end smartphone that competes directly with the major brands at the top (official page).

This 6.81” waterproof (IP68) smartphone is very agreeable both to the eye and when in your hand. That’s a significant “plus” for any handset, and Honor has not held back on any expense, whether in design or luxurious materials.

The display has minimal bezels and is curved towards the edge, visually appealing, although some people prefer a flatter bezel. I’m okay with both, but you might have a preference.

The 2848×1312 resolution isn’t the highest in the world, but one that is very good and sufficient to satisfy any user in my opinion. The 1000 NITs brightness is impressive, and the 120 Hz refresh rate makes scrolling “butter-smooth, ” as Google might say.

Powered by the Snapdragon 8 Gen 1 processor, the performance appears to be impeccable, and that’s probably the best Android hardware platform at this price point. As of late, MediaTek was coming back strong, but Qualcomm still has an advantage in sheer performance. Keep an eye on these two as the competition is red-hot.

The 8GB of RAM and 256GB of storage are acceptable but not particularly impressive. Many large OEMs propose similar configurations at this price point, so this is the new “normal” in these times of supply-chain woes.

The camera hardware is fascinating: there are three high-resolution sensors of 50 (primary), 50 (ultrawide), and 64 (3.5X telephoto) megapixels, respectively. I’m very curious to analyze the image quality more closely, but this is a solid camera hardware platform.

The final and most important thing you should notice is the 100W uber-fast charging of the 4600 mAh battery. As we often say, 5000 mAh is the current maximum capacity in the market, and faster charging can more than make up for a slightly smaller capacity.

Honor gives you an 80W charger in the box, while the competition can charge you $45 for a much slower charger. You can hit a 50% charge in 15mn and a full charge in 30mn, making any deep battery drain a minor inconvenience instead of an emergency.

The phone ships with Android 12, and keep in mind that Honor does use its Honor Magic UI 6 layer on top of Android. It’s not as lean as a “pure Android”, but I found it to work well, and Honor customers simply get used to it. If you’re transiting, the learning curve is small.

Filed in Cellphones. Read more about Android and Honor.