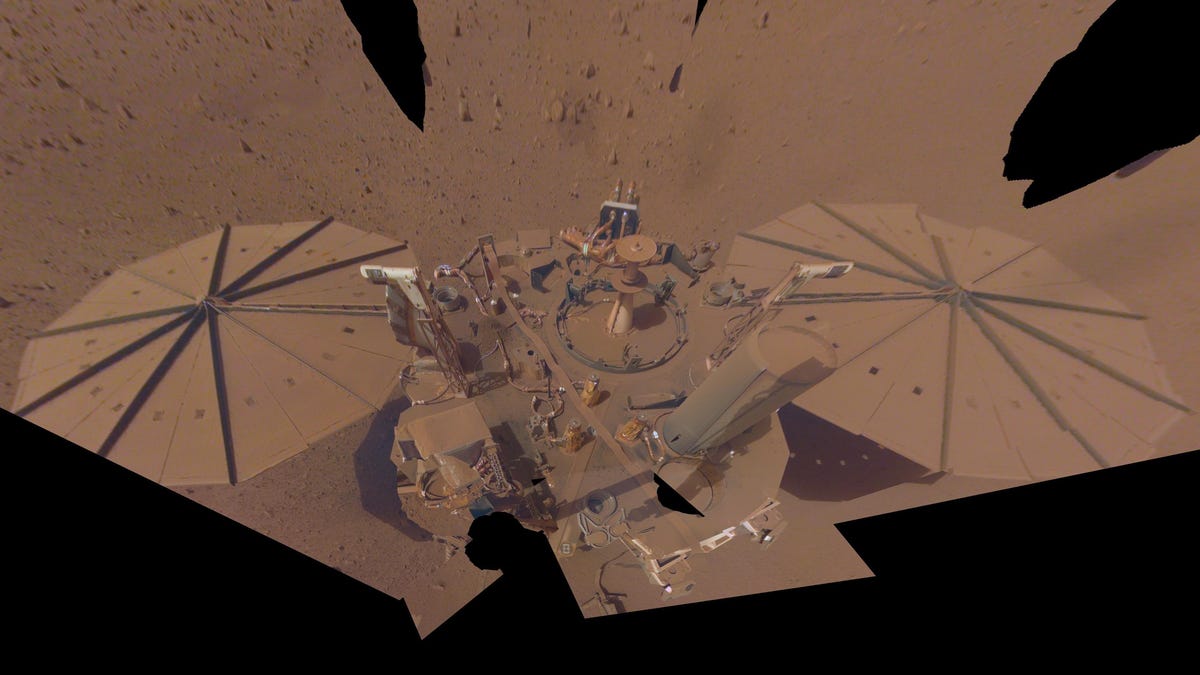 NASA has shared the final self-portrait that will be taken by the InSight Mars lander, showing dust-caked solar panels that blend into the surrounding regolith. The InSight mission is expected to end this year, and the lander will need all of its remaining power to gather as much scientific data as possible.

In a press conference last week, NASA announced that InSight will likely cease all operations at the end of 2022. The mission’s end is due to the amount of dust that has accumulated on the lander’s solar panels, limiting the amount of power the spacecraft can draw from.

The lander also gave scientists the best-ever look at the Martian insides, as well as the geological and seismological systems at work on the planet today. InSight has so far detected 1,313 marsquakes, and could yet detect more before its scientific operations end.

The mission’s end has been a creeping certainty. The lander has previously been forced into safe modes by Martian dust storms. Stop-gap measures helped get some of the dust off the panels—namely, by intentionally dropping Martian dirt onto the dust to dislodge it—but such actions appear to have just prolonged the inevitable.

This final selfie was taken on April 24, and it shows the amount of dust that has built up on the spacecraft’s solar panels. It’s much more dust than was present in the lander’s first and second selfies, taken in December 2018 and between March and April 2019.

The selfies are mosaics, meaning they’re stitched together from multiple images, each of which requires the lander’s camera-carrying robotic arm to be in a different position. With dwindling power supply, the selfies simply aren’t worth the drain on the batteries , and the robotic arm will be moved into its resting position (or “retirement pose”) this month, according to NASA.

Kathya Zamora Garcia, the Deputy Project Manager for InSight, said in last week’s press conference that the lander’s scientific operations could end as soon as mid-July, but that the Martian climate is unpredictable.

However much time InSight has left, we likely won’t see the lander in such an exquisite panorama again.