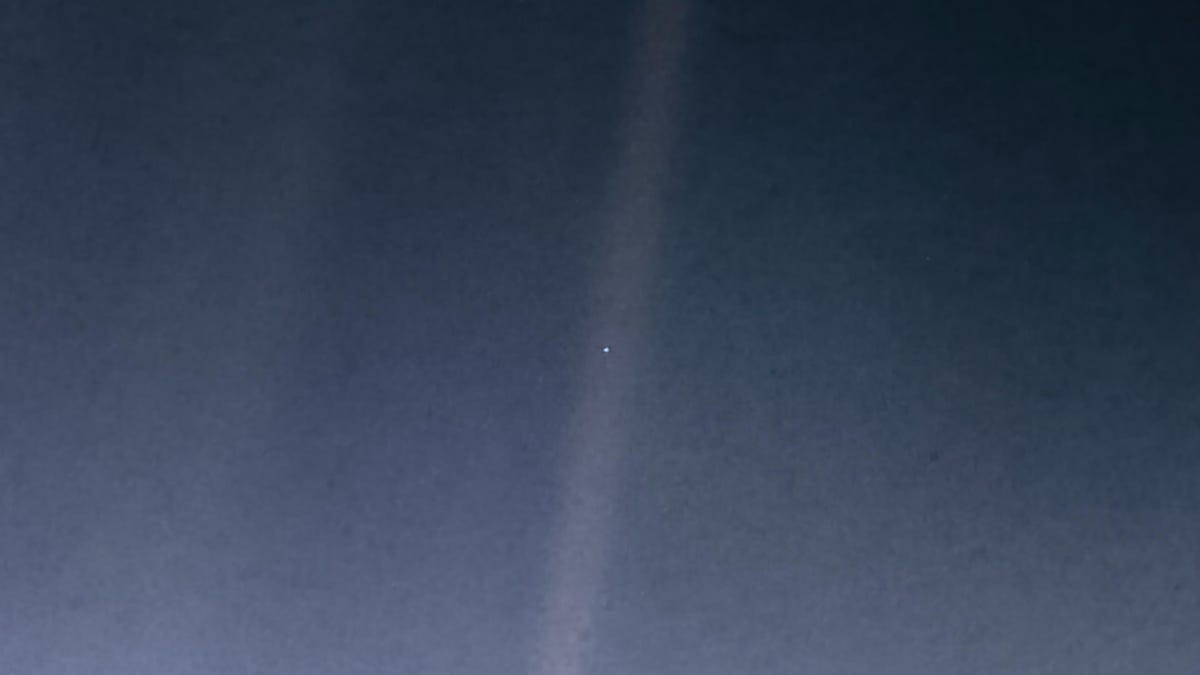 Curiosity one-upped the Spirit rover by capturing a view of both Earth and the Moon, which it did on January 31, 2014. The image, captured by the NASA rover’s Mastcam, was taken around 80 minutes after sunset, at which point Earth was the brightest object in the sky. The Red Planet was 99 million miles (160 million kilometers) from Earth when the image was taken.

By zooming in and adding some background darkness (see annotated image above), the Moon could also be seen. “A human observer with normal vision, if standing on Mars, could easily see Earth and the moon as two distinct, bright evening stars,” according to to NASA.