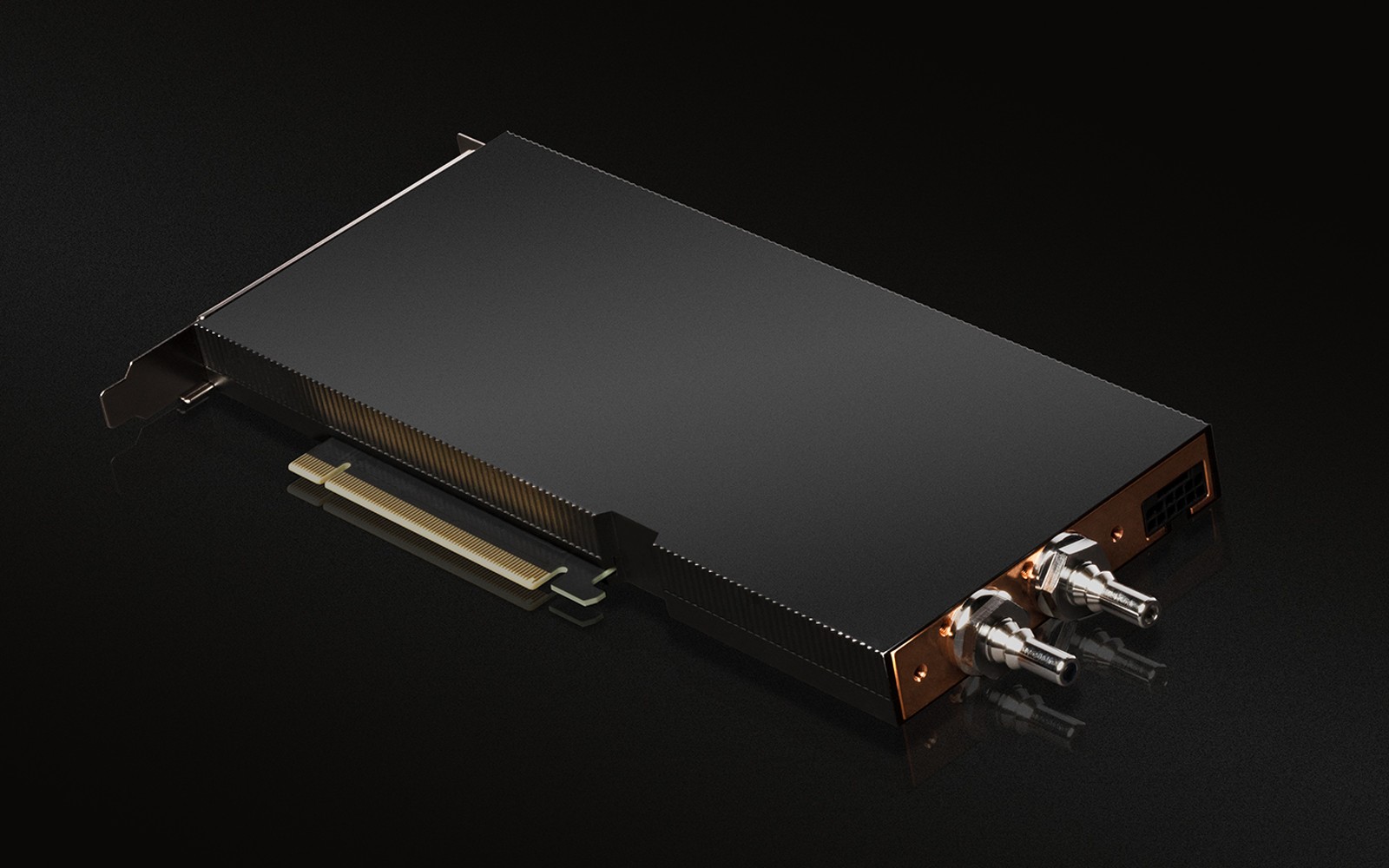 Starting later this year, NVIDIA will begin selling a liquid-cooled version of its for data centers. The GPU maker is positioning the video card as a way for cloud computing companies to make their facilities more energy-efficient. It may seem unintuitive, but By adding a water block to the component, data centers can reduce their dependence on inefficient air- and water-based chillers.

In testing, NVIDIA claims a facility outfitted with its water-cooled A100 GPUs ran the same workload as an air-cooled data center while using about 30 percent less power. The new version of the A100 is also more space-efficient. Thanks to its water block design, it occupies a single PCIe slot instead of two like its air-cooled sibling.

In the consumer market, we’ve already seen companies like EVGA offer GPUs with built-in water blocks, and companies like sell aftermarket units you can install on your existing video card. We’re hopeful today’s announcement is a sign that NVIDIA plans to push water-cooled GPUs toward the mainstream. In the meantime, the company has begun sending out samples of the new A100 to enterprise customers. It also plans to introduce a water-cooled version of its Tensor Core GPU sometime next year.