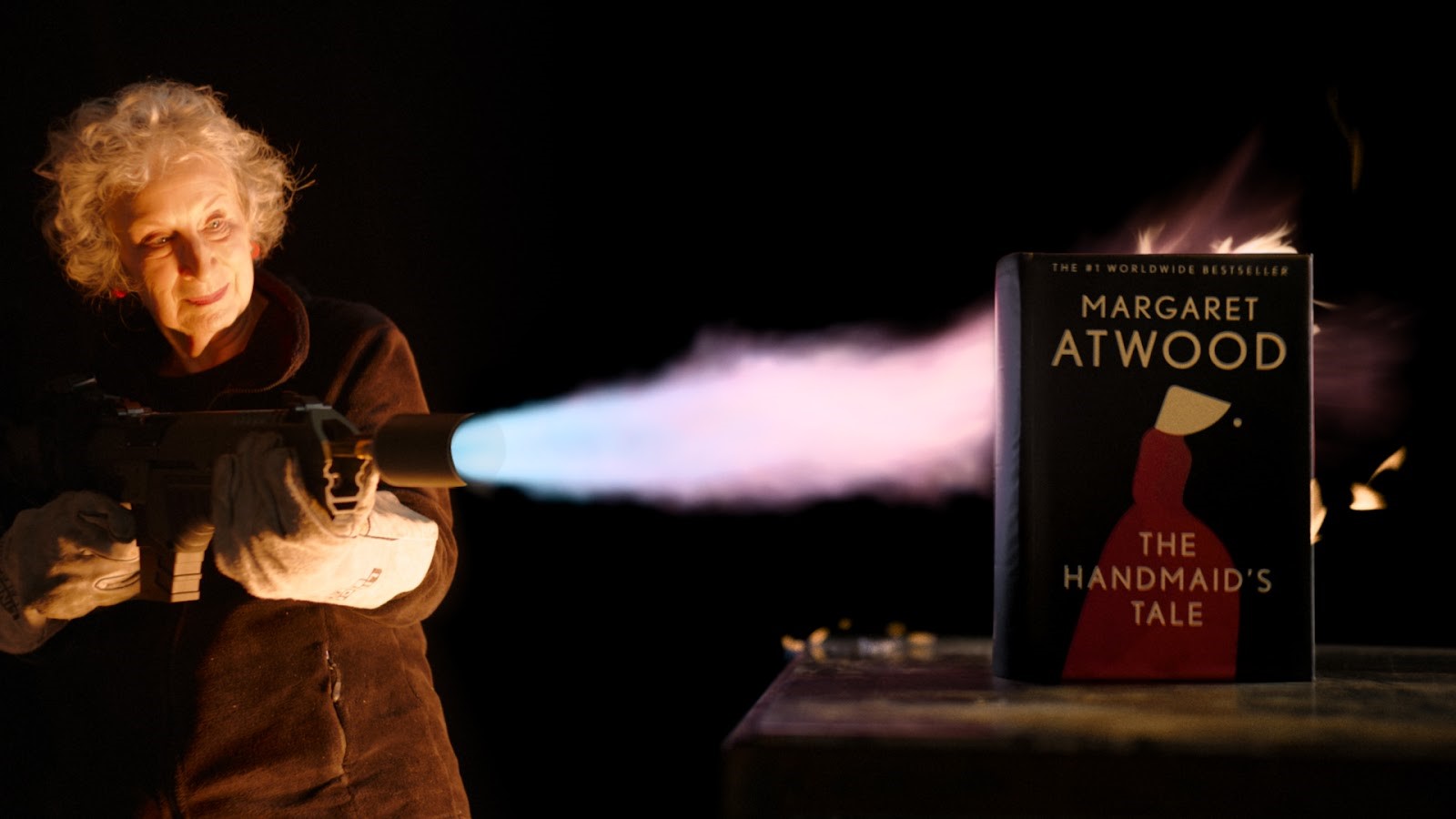 Book bans are becoming more prevalent in US school libraries and classrooms, making it harder () for students to get their hands on certain texts that might expand their worldview. To raise awareness of such moves and perhaps protest the of literal book burning, Margaret Atwood and Penguin Random House are a one-off, of her classic dystopian novel, The Handmaid’s Tale.

The publisher it’s “a powerful symbol against censorship and a reminder of the necessity of protecting vital stories.” This copy of the book has been printed and bound in fireproof materials, including white heat shield foil pages and a phenolic hard cover. Atwood put a prototype copy to the test by trying to burn it with a flamethrower.

“The Handmaid’s Tale has been banned many times — sometimes by whole countries, such as Portugal and Spain in the days of Salazar and the Francoists, sometimes by school boards, sometimes by libraries,” the author said in a statement. “Let’s hope we don’t reach the stage of wholesale book burnings, as in Fahrenheit 451. But if we do, let’s hope some books will prove unburnable — that they will travel underground, as prohibited books did in the Soviet Union.”

All proceeds will go to PEN America to support its efforts to fight book bans across the US. In the free-expression organization documented 1,586 bans on individual books in 86 school districts across 26 states.

Penguin Random House notes that censors’ targets tend to be “literary works about racism, gender and sexual orientation, often written by authors of color and LGBTQ+ writers, as well as classroom lessons about social inequality, history and sexuality.” It argued that such moves violate students’ First Amendment rights and hamper education and the flow of ideas.

“We are at an urgent moment in our history, with ideas and truth — the foundations of our democracy — under attack,” the publisher’s CEO Markus Dohle said. “Few writers have been as instrumental in the fight for free expression as Margaret Atwood. “