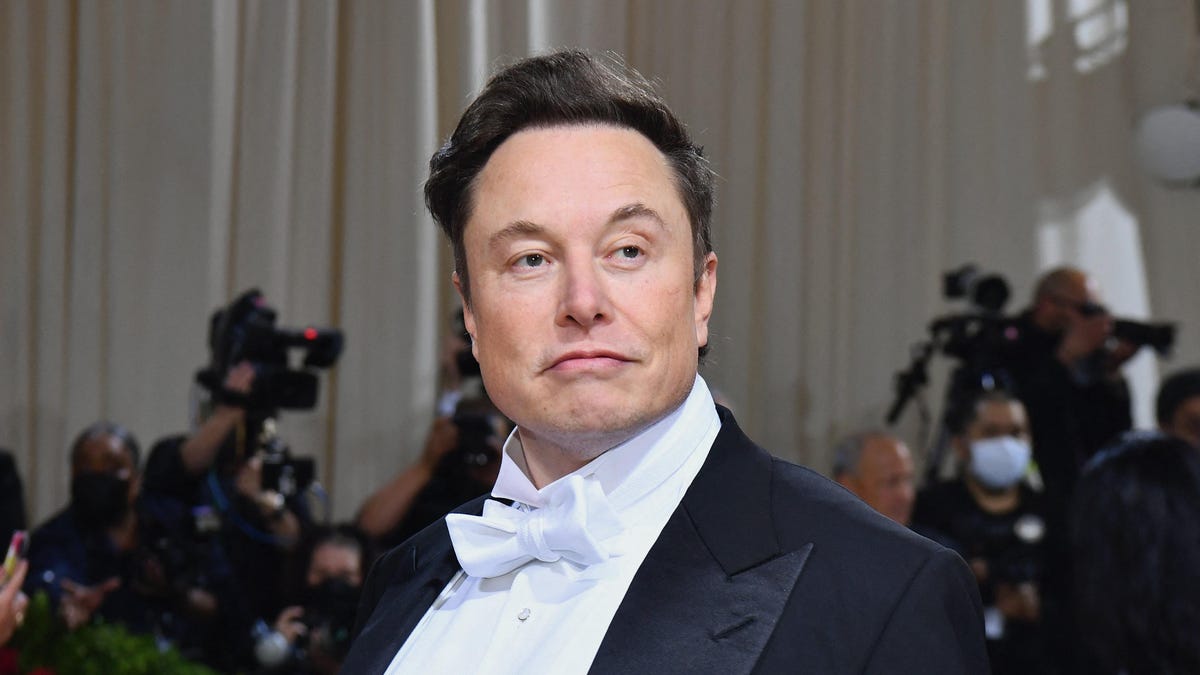 Elon Musk, current Tesla CEO and perhaps not Twitter’s future owner, has a message for the social media network he once coveted but now comments on with a poop emoji: Prove to me that spam bots and fake accounts are less than 5% of Twitter users or watch me blow this whole deal up.

“Yesterday, Twitter’s CEO publicly refused to show proof of <5%. This deal cannot move forward until he does," Musk tweeted early Tuesday morning. The day prior, the richest man in the world had sparred with Twitter CEO Parag Agrawaltweeting the poop emoji at the executive’s explanation of the prevalence of automated accounts on the social network.

In an early morning tweet responding to the Teslarati, which posted a link to an article about Musk potentially seeking a discount, the tech magnate said that his initial offer was “based on Twitter’s [Securities and Exchange Commission] filings being accurate.” Twitter told Gizmodo it had no comment on Musk’s tweet regarding the deal on Tuesday morning.

Musk has continued to publicly doubt whether his $44 billion proposed acquisition of Twitter would go forward as planned, insinuating that he may be looking to get a lower price. Tech companies have taken a beating on the stock market in recent weeks, so his desire to push down the price of the planned acquisition isn’t entirely surprising. If Musk does scuttle the deal, he’ll be on the hook for $1 billion, though in total he is worth $219 billion, Forbes estimated in April.

Musk has stated that he believes spam bots make up at least 20% of Twitter users, a claim company Agrawal disputes. In a closed door session at the All-In Summit in Miami on Monday, Musk reportedly said that a deal to buy Twitter for a lower price was not “out of the question.”

The billionaire’s mention of “proof” was referencing the explanation Agrawal posted on Monday of how Twitter identifies and deals with spam. In his tweets, Agrawal stated that to come up with the estimate that spam bots make up less than 5% of users, Twitter has used multiple human-led reviews every quarter. The human reviewers take into account factors like IP address, phone number, geolocation, client and browser signatures, and what the account does when it’s active, among others.

The analysis considers both public and private data, Agrawal said, the latter of which is very important because while many people may think that “FirstnameBunchOfNumbers with no profile pic” is a bot, Twitter has often found that the account belongs to a real person.

“Unfortunately, we don’t believe that this specific estimation can be performed externally, given the critical need to use both public and private information (which we can’t share),” the Twitter CEO said. “Externally, it’s not even possible to know which accounts are counted as mDAUs on any given day.”

Musk responded to Agrawal’s explanation with the poop emoji, apparently calling bullshit.He also asked the Twitter CEO if he had tried calling people to verify if they were bots. Twitter has about 229 million total users.

The billionaire has been fixated on the amount of bots and fake accounts on Twitter since Friday, when he announced that the deal was “temporarily on hold” until Twitter provided details that supported its 5% claim.

Since Musk obsessed with Twitter bots, onlookers in the tech and the financial sectors have speculated that he might be looking for a way out of the deal or trying to push down the price. He also might have gotten spooked at Tesla’s stock falling 34% since he said he was going to buy Twitter, denting his massive fortune and ability to purchase Twitter.