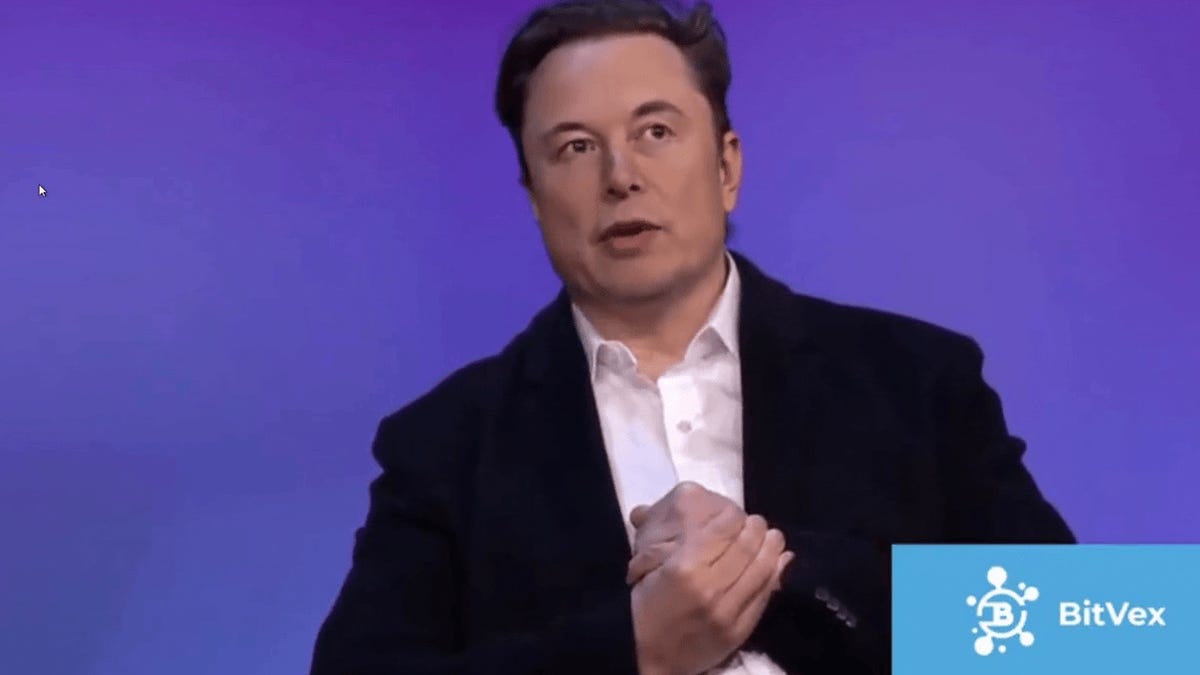 Considering the hordes of fanboys that hang on Tesla CEO Elon Musk’s every word, advice that comes from tech’s resident prophet can be a cause for concernespecially when he spouts nonsense. A recent video making the rounds on social media showing Musk sharing crypto investment opportunities is even more alarming because it’s not even him—it’s a deepfake.

The video with deepfake Musk, which started popping up on some YouTube channels about a week ago, introduces a scam cryptocurrency platform called BitVex that, contrary to its claims, steals the cryptocurrency that users deposit into it. Scammers behind BitVex say the platform was started by Musk and developed “by the best mathematicians from Tesla,” according to a poorly made YouTube video on BitVex’s channel with more than 90,000 views. (The channel itself has 112,000 subscribers).

On Wednesday, the real Musk called out his fake self on Twitter, where a version of the deepfake had nearly 500,000 views by Thursday afternoon.

“Yikes. Def not me,” the real Musk tweeted.

In the video, deepfake Musk talks about how the new BitVex project will provide individuals who deposit their cryptocurrency in the platform with a 30% return on their investment every day within three months. Since the video is made from a real interview the Tesla CEO gave to TED head Christ Anderson in April, it doesn’t immediately raise red flags, until both of them start talking. Their voices barely match their mouths.

“Today we are launching an investment platform that is working right now if you see this video. Absolutely everyone can earn [returns]”, deepfake Musk says in the video, a longer version of which can be viewed over at Bleeping Computer. “Everything is very simple.”

Meanwhile, deepfake Anderson, who also appears in the video, sets off alarm bells as well.

“Why are you starting this project?” the fake TED head asks. “After all, not everyone is ready to give away their bitcoins to a random user.”

According to Bleeping Computerwhich reported on BitVex on Sunday, deepfake Musk was just one of many used by the scammers to try to lure victims on YouTube. The outlet stated that the scam began earlier in May and also created deepfakes of high-profile people in crypto, tech , and investment, including Ark Invest CEO Cathie Wood, Ripple CEO Brad Garlinghouse, and Ethereum co-founder Charles Hoskinson.

Nonetheless, the scam reportedly hasn’t been too successful. Bleeping Computer was only able to track $1,700 of deposits on the platform, although it stated that the real number could be higher. The BitVex websites were down on Thursday at the time of publication. Yet, the YouTube video with 90,000 views promoting the platform, various YouTube shorts, and the Twitter post with the Musk deepfake were still online.