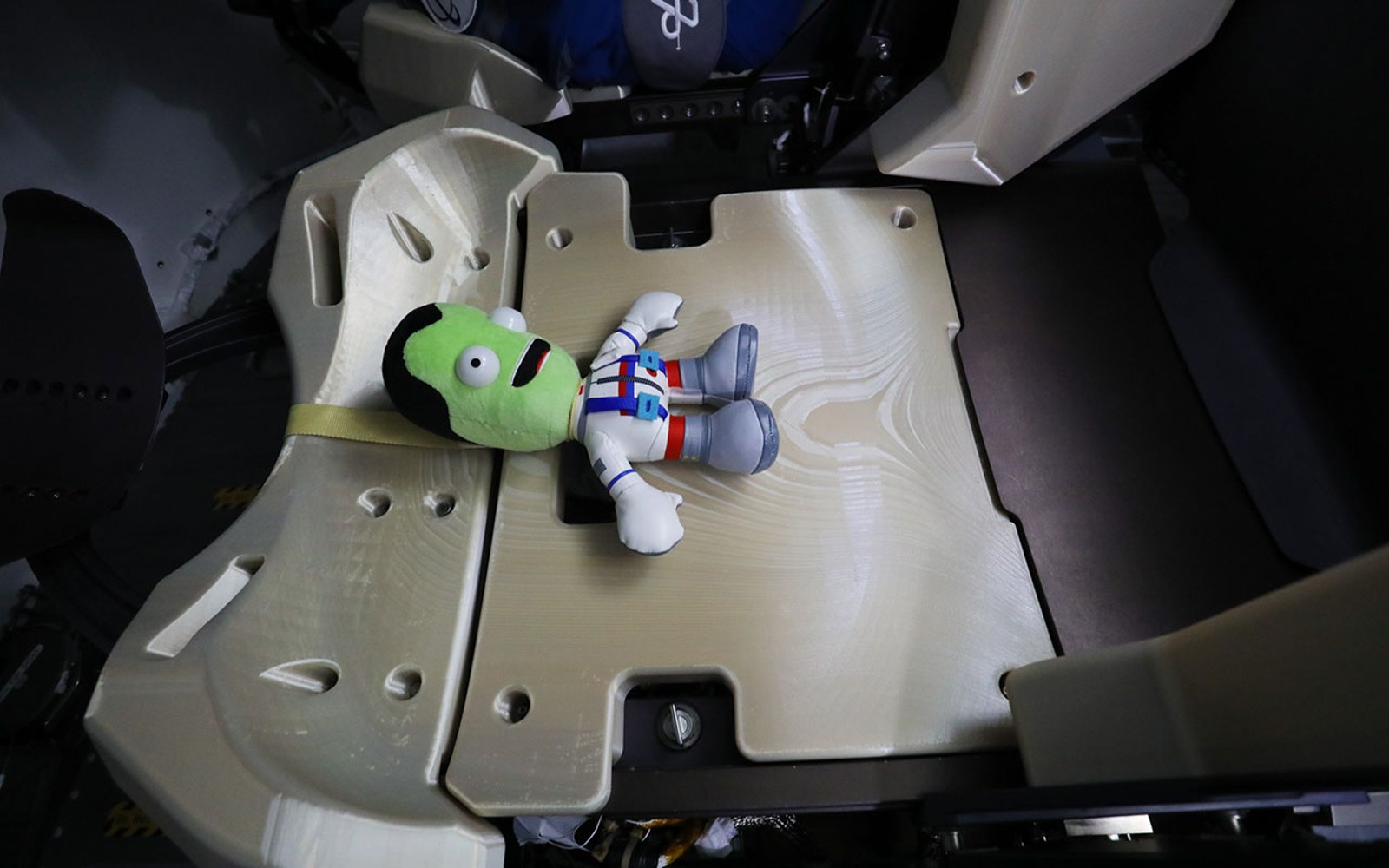 After two-and-a-half years of delays, Boeing’s Starliner capsule with the International Space Station. It was an important milestone for a company that has, at least in the popular imagination, . So it’s fitting how Boeing decided it would celebrate a successful mission.

When the crew of the ISS opened the hatch to Starliner, they found a surprise inside the spacecraft. Floating next to Orbital Flight Test-2’s seated test dummy was a plush toy representing Jebediah Kerman, one of four original “Kerbonauts” featured in Kerbal Space Program. Jeb, as he’s better known by the KSP community, served as the flight’s zero-g indicator. Russian cosmonaut Yuri Gagarin took a small doll with him on the first-ever human spaceflight, and ever since it has become a tradition for most space crews to carry plush toys with them to make it easy to see when they’ve entered a microgravity environment.

If you’ve ever played Kerbal Space Programyou have a sense of why it was so fitting Boeing decided to send Jeb to space. In KSPdesigning spacecraft that will carry your Kerbonauts to orbit and beyond is no easy task. Often your initial designs will as they struggle to fly free of Kerbin’s gravity. But you go back to the drawing board and tweak your designs until you find one that works. In a way, that’s exactly what Boeing’s engineers had to do after Starliner’s first test flight in 2019 failed due to a , and its second one was delayed following an .

Boeing kept Jeb’s presence on OFT-2 secret until the spacecraft docked with the ISS. A spokesperson for the company told that Starliner’s engineering team chose the mascot in part because of the science, technology, engineering and math lessons KSP has to teach players. Jeb will spend the next few days with the crew of the ISS before they place him back in the spacecraft for its return trip to Earth.