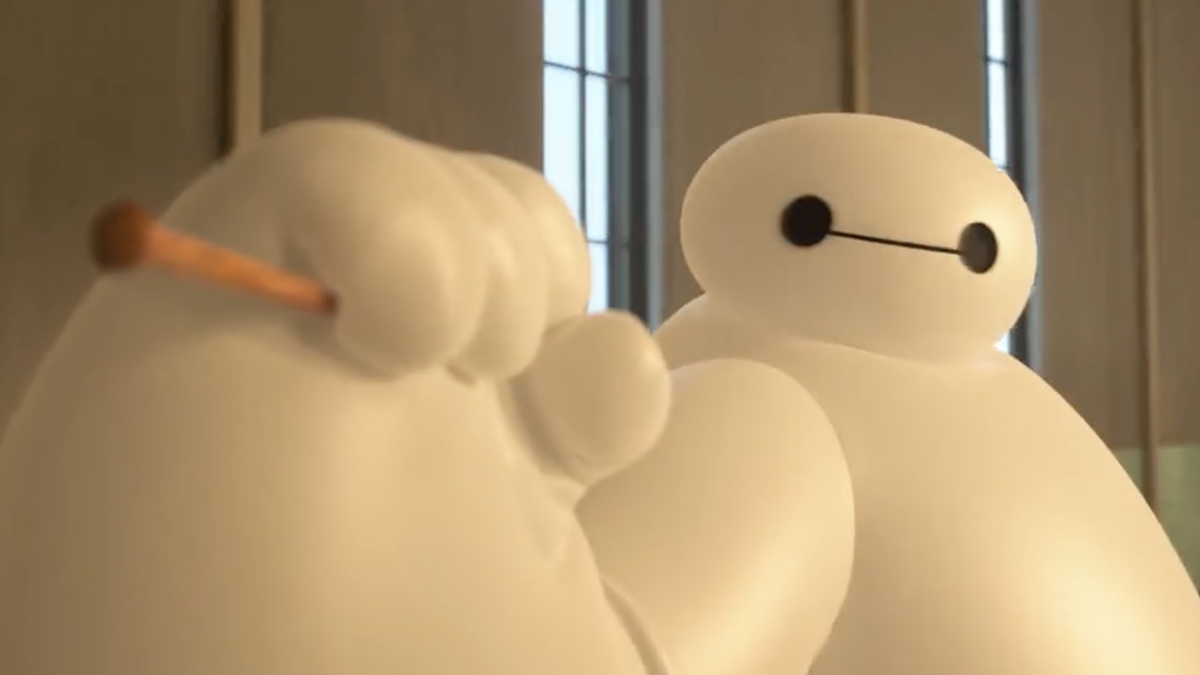 The streets of San Fransokyo are vulnerable—and lurking around every corner, searching for pain, is Baymax! The lovable, inflatable help companion AI from Disney’s 2014 hit Big Hero 6 returns in his own show, focused on his adventures in being a first responder to anyone who may need him, and the first trailer has arrived.

Previously, the film was continued with Big Hero 6: The Series, a 2D animated show that focused on heroes Hiro along with his friends Wasabi, Honey Lemon, Go Go, and Fred protecting their city. After a three-season run, the show ended in 2021.

Unexpectedly, this new trailer for the upcoming Disney+ show really made a choice to give Baymax major Michael Myers vibes in that he’s an unstoppable, relentless force, just for helping people. No, really he won’t quit until he can provide assistance, and it’s slightly terrifying. There’s nowhere to hide, and nowhere to run. See for yourself in the trailer below:

Looks like Baymax needs to learn boundaries and take a step back to understand humans when they say they don’t need him. Look, he’s cute and inflatable, but he’s also still a sentient robot who can smother you to death with his softness.

The film’s leads are set to return for this series, including Scott Adsit as Baymax, Ryan Potter as Hiro, and Maya Rudolph as Aunt Cass. It doesn’t seem like the rest of the Hero 6 crew is featured much, if at all, as the series leans more into cutesy health adventures over mech suit squad action. Baymax doesn’t even don his armor—his power is concern.

“In each of our six episodes, Baymax just wants to help someone—and a lot of times they don’t want to be helped. He sets out to fix a physical issue that he’s identified, and in the process, gets to a deeper , more emotional place and can be almost transformative in that role,” series creator Don Hall, director of 2014’s Big Hero 6shared in a press release.

Baymax! is set to premiere June 29 on Disney+.