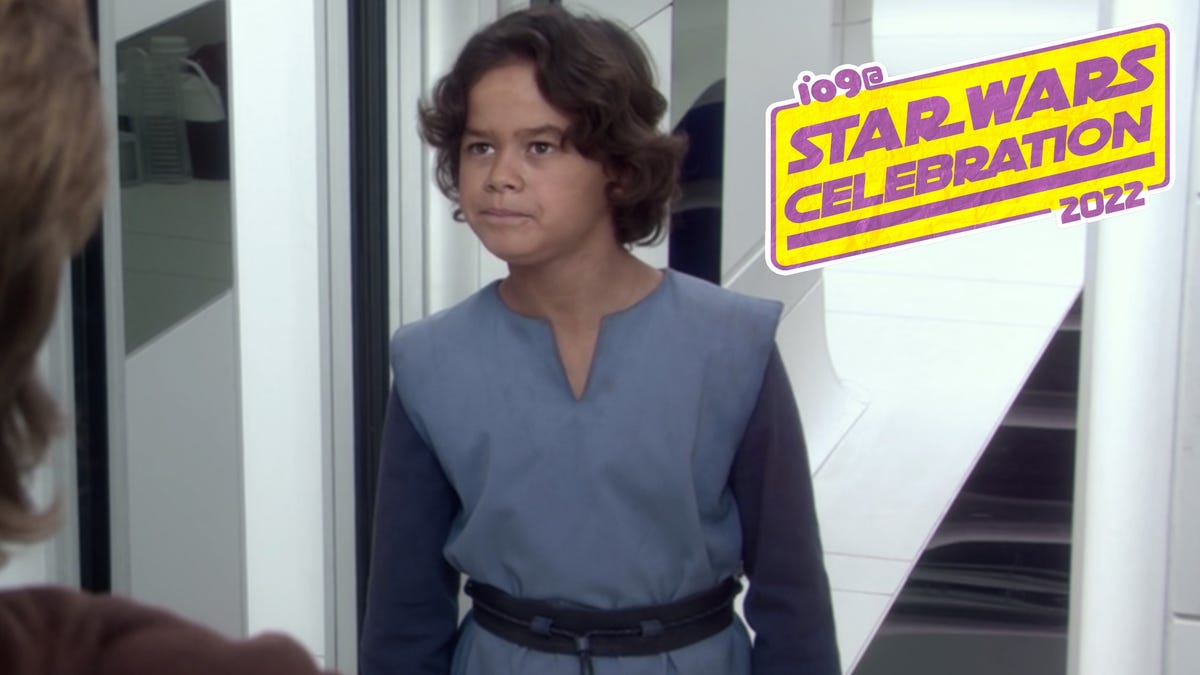 International travel, severed heads, and farting. Those were three of the highlights of the 20th anniversary of Attack of the Clones panel held Friday at Star Wars Celebration Anaheim. Stars Temuera Morrison, Daniel Logan, and Anthony Daniels were joined by designer Doug Chiang, effects wizard John Knoll, and sound designer Matthew Wood to talk about the groundbreaking prequel, and were even joined by stars Hayden Christensen and Ewan McGregor for the last few minutes. The voice of Ahsoka Tano, Ashley Eckstein, hosted. (And sat next to Christensen!)

The panelists spent most of the time reminiscing about the great memories they made during production, and the incredible technical achievements the film attained (including being the first feature length film filmed digitally). But the highlights were, of course, the personal stories.

Jango Fett himself, Temuera Morrison (who recently starred in The Book of Boba Fett), kicked things off with a cautionary tale about speaking up for yourself. He said that while shooting the scene in his room on Kamino where he tells his son, Boba Fett, to pack up because they’re leaving, he noticed George Lucas was shooting him from the waist up. He thought the line would be better captured in close up but didn’t feel comfortable suggesting that to the master filmmaker. Fast-forward several months and Morrison gets a phone call. He’s needed in London to do Attack of the Clones reshoots. So he files from New Zealand to England, which takes over a day, gets to the studio, suits up… and delivers the exact same line in a close up. That was it. He was done.

For the actor who played his son, Daniel Logan, he explained that he knew Jango Fett died in the film—butit wasn’t until the premiere when he realized what the scene of him holding Jango’s helmet meant, and he said he was the only person in the theater excited. He thought that meant he was coming back for Episode III and let out a cheer. Which, of course, didn’t happen. “Hey, they gave me a Lego game,” he joked.

Later, after McGregor came on stage, he couldn’t recall much about filming the rain-soaked fight with Jango Fett, but did have a very clear memory of the scene when he showed up to the door of the Fett apartment. Boba answers the door and, apparently, Lucas wanted him to look suspicious of the Jedi. Take after take though, Logan couldn’t get it. Then, McGregor took the young actor aside and said to him, “When I open the door, act like I ‘ve done a terrible fart.” It was the perfect motivation—and seeing as how well it worked, Lucas thought so, too.

Star Wars: Attack of the Clones is celebrating its 20th anniversary this week and you can read more about it here.