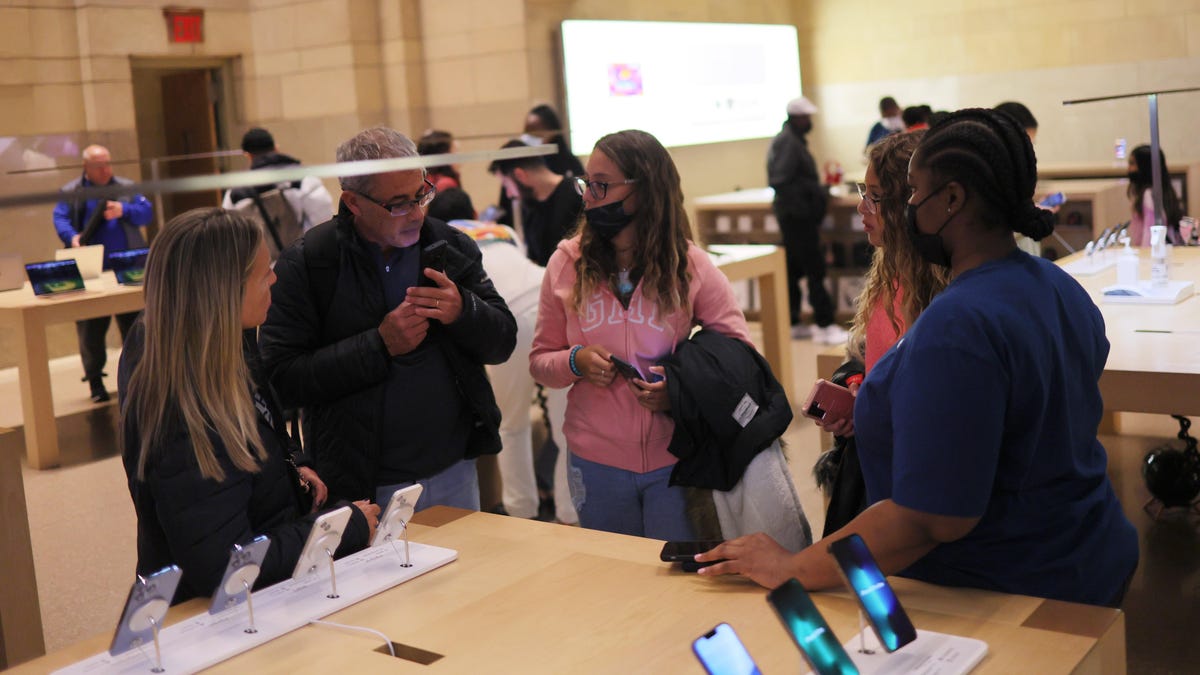 Apple is planning to raise its minimum wage for hourly workers in the US to $22 per hour, according to a new report from the Wall Street Journal. The raise is relatively modest for many citiesgiven that some Apple employees can make as little as $17 per hour in expensive urban areas like New York and San Francisco. Apple made $366 billion in revenue during the last fiscal year.

The Journal report notes that pay minimums could be set higher in different markets within the US, but doesn’t elaborate. Apple didn’t immediately respond to questions emailed early Thursday about how much higher minimums could be in various cities.

The modest pay raise for Apple workers at retails stores is likely a response to both extreme inflation (a whopping 8.5% in March) and unionization efforts, including one notable campaign in New York. Workers at Apple’s Grand Central Terminal location have asked for a $30 minimum wage, along with benefits like “more vacation time, and better retirement options.” The US is the only wealthy country in the world without guaranteed paid vacation time .

Apple has discouraged workers from joining a union, trotting out the same anti-union garbage that virtually every other tech company has tried. An internal video showcasing the company’s hostility to unions even leaked this weekshowing just how desperate Cupertino is to not see unionization grain traction.

But it’s not just Apple that’s seen an increase in union drives across the country. Amazon has waged a high-profile campaign to keep its workers from unionizing, and has been violating plenty of labor laws along the way. Chris Smalls, arguably the most well known union organizer at Amazon, was recently invited to the White House to meet President Joe Biden, himself a staunch union supporter. Smalls also testified in front of a Congressional committee, where he wore an “eat the rich” t-shirt. But Amazon has been fighting tooth and nail to make sure it workers don’t form a union, an action that could deliver real benefits to its underpaid and overworked staff.

Why are workers more interested in unions now then they were, say, a decade ago? For one thing, workers have gained an advantage now that businesses have struggled with finding workers. With the covid-19 death toll in the US over 1 million people , it’s no surprise, of course, that there are fewer workers to fill the low paid roles where people were most vulnerable to the pandemic.

And while the worker shortage is not all about the pandemic, many people have indeed realized in the wake of so many dead Americans that the companies they work for aren’t going to look out for their interests. Workers need to do that for themselves. And the best way to do that is often by joining a union.